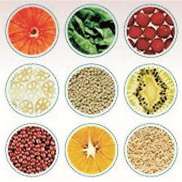 Women's Health West Policy and Law Reform Scan This scan is provided to inform the WHW strategic planning process. It outlines key policy documents, legislative reforms and the external policy environment that relate to women's health, safety and wellbeing. © Women's Health West International Context International Gender Equality In November 2015, the United Nations Entity for Gender Equality and the Empowerment of Women (UN Women) held a 16-day international conference in Istanbul to end men's violence against women. Official representatives from more than 40 countries vowed to take a zero tolerance approach and immediate action to end the global epidemic of violence against women. They agreed to greater investment in gender equality, to share data on violence against women and to strengthen existing laws to protect women. The conference was held 20 years after the landmark Beijing Declaration and Platform for Action, which was adopted by 189 countries in 1995 and set the most progressive agenda for advancing women's rights. Since the conference, the Executive Directors of UN Women and UNFPA launched the Essential Services Package, a toolkit of guidelines, services and best practice to support women and girls subjected to violence. This resource can be found here: Canadian Prime Minister Justin Trudeau selects a 50-50 cabinet (2015) In November newly elected Canadian Prime Minister Justin Trudeau announced his cabinet which for the first time in Canadian history is made up of 15 men and 15 women. When asked at a press conference why he chose a gender balanced cabinet, the self-declared feminist's answer was brief: "Because it's 2015". The new gender division comes on top of existing cabinet-making criteria for regional, linguistic and ethnic representation, including the practice of selecting at least one minister from each of the country's 10 provinces. Trudeau's cabinet also includes a former Afghanistan refugee as the minister of democratic institutions, a para-Olympic swimmer from Vancouver in the sports ministry and an Aboriginal lawyer as minister of justice and attorney general. More details about Trudeau's cabinet can be found her Nepal's first female Prime Minister (2015) Nepal has elected a long-time women's rights campaigner as the country's first female president, as the Himalayan nation pushes for more gender equity in politics and civic life. Bidhya Devi Bhandari, the 54-year-old deputy leader of Nepal's Communist Party of Nepal Unified Marxist-Leninist, had lobbied actively for the new constitution to require that either the president or vice-president be a woman. Bidhya Devi Bhandari said her election by the Parliament marked a first step towards assuring these constitutional guarantees of equality are fulfilled. The constitution now requires that one-third of the country's legislators be women, and that women be included in all government committees. Bidhya Devi Bhandari has also promised to actively champion the rights of minority groups and women in Nepal. Global Ambassador for Women and Girls Former Democrats leader Natasha Stott Despoja has been appointed to this position by Foreign Minister, Julie Bishop. This follows her appointment as founding chair of the Foundation to prevent Violence against Women and their Children. The minister sees ‘one of the best ways to achieve peace and security and…achieve stronger communities and societies is to empower the women and the girls in your populations'. Further information can be found at: Trans Pacific Partnership negotiations (2013) Australia is currently participating in the final stages of negotiations for the Trans Pacific Partnership; an agreement to regulate free trade in the Asia-Pacific region. While the details of the agreement are yet to be released, a draft of the intellectual property chapter was leaked in November 2013. United States draft proposals for expanded patent protection have led many academics and public health professions to question what the agreement might mean for timely access to affordable medicines. In response, a motion was passed in the senate calling for early release of the draft text and greater public scrutiny of the agreement. The following areas of concern were raised in the letter presented to the federal Minister for Health by 44 prominent academics in public health and health sciences: