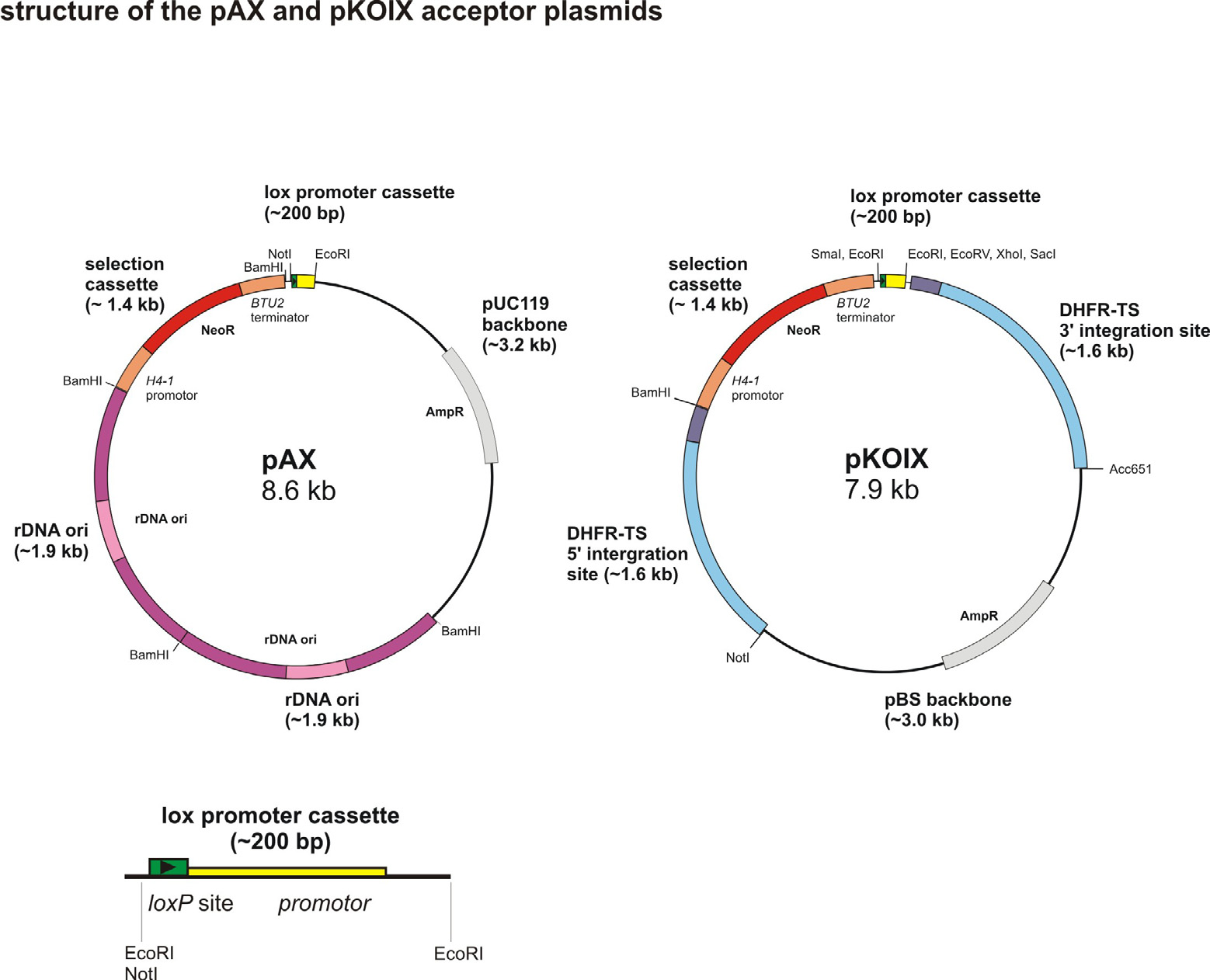 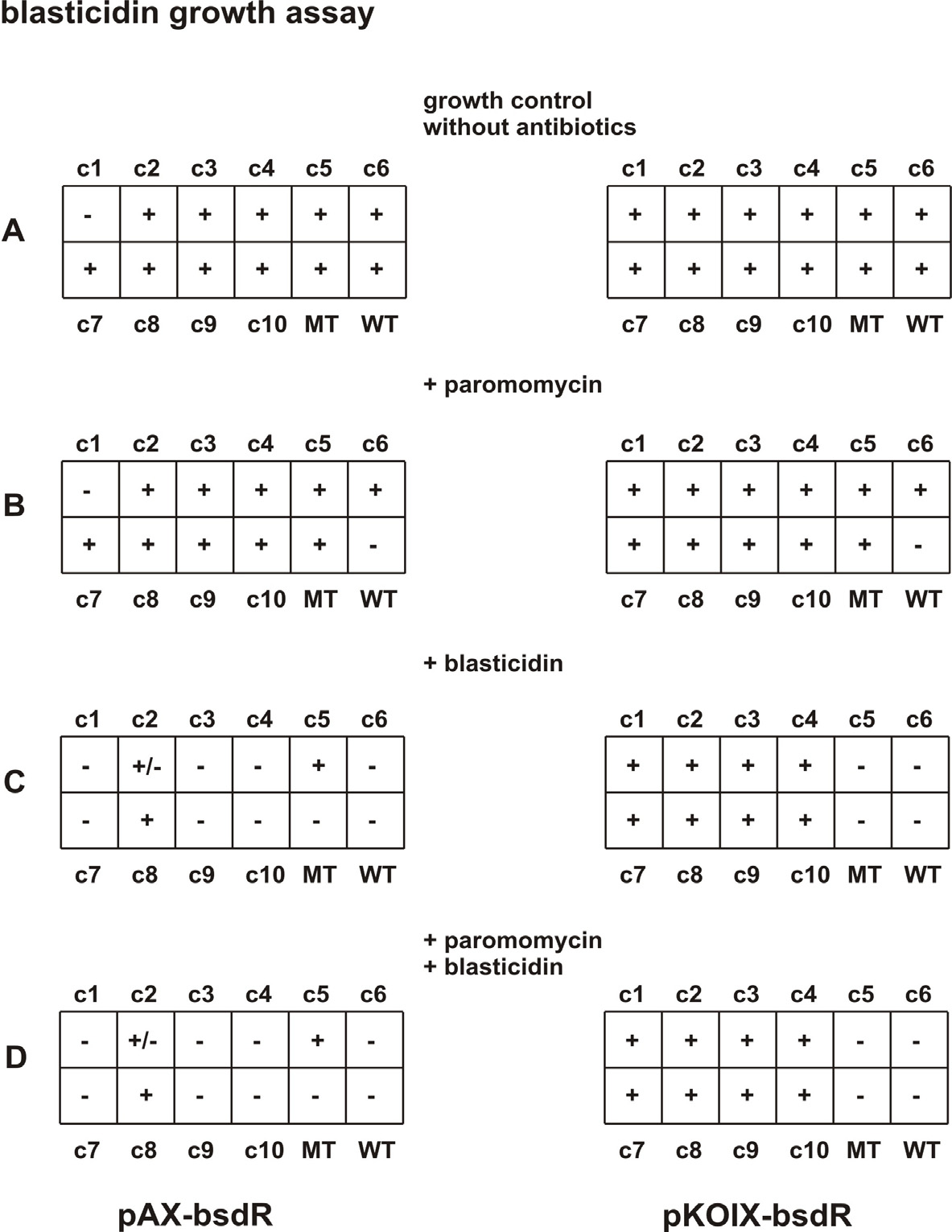 BMC Microbiology 2007, 7:12
Blasticidin growth assay Figure 4
Blasticidin growth assay. We created a donor plasmid – pDL-bsdR – that encodes the blasticidin resistance gene under the
control of the H4-1 promoter and the BTU2 terminator (see figure 5B). It has a similar structure as the previously described
neo2 cassette (resistance against paromomycin) that is also present in the here used acceptor plasmids pAX and pKOIX. Using
the Cre-dependent recombinase we generated the expression plasmids pAX-bsdR and pKOIX-bsdR and transformed T. ther-
mophila strains. Blasticidin resistance assay: left column: clones of cells transformed with pAX-bsdR, rightcolumn: clones of cells
transformed with pKOIX-bsdR. Several independent clones (c1 to c10) were tested for bsd resistance. As controls we used
the wildtype strain 1868/7 (WT) and a mock transformant (MT) that only carried the neo2 resistance gene A: growth control
of clones in SPP-medium without antibiotics; B: same clones as presented in A selected in SPP-medium with 400 μg/mL paro-
momycin after 5–10 days C: same clones as in B, but cultivated for 3–5 days in SPP-medium with 100 μg/mL blasticidin; D:
identical clones as in B/C cultivated in SPP-medium for 3–5 with both antibiotics, paromomycin (400 μg/mL) and blasticidin
(100 μg/mL). + strong growth of clones. +/- cells alive, less growing. - no growth, cells died within 2–3 days.
(page number not for citation purposes)