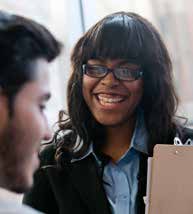 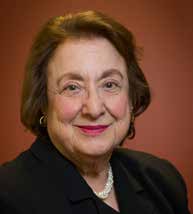 Seda Tarzian (BS '48, Bio): A pioneer in pharmaceutical research
As a retired pharmaceutical research medical program director, Her pharmaceutical career included doing preclinical in vivo Tarzian knows personal y how hard it can be for students to testing of new pharmacological compounds and serving as a liter- finance their education. She enrol ed at Temple after her stepfather ature reviewer and clinical research associate responsible for new agreed to pay for her education, but after a semester that source drug applications at the National Drug Company, a division of of funding dried up. Tarzian struggled mightily.
Richardson-Merrell Inc. At Merck she coordinated the clinical "At times, I had no place to live and no money," recalls Tarzian, trials of several anti-inflammatory, ophthalmological and gastro- who is now a member of CST's Board of Visitors. She arranged intestinal drugs that received FDA approval, including Prilosec, a payment plan that required her to pay $60 every six weeks and the widely prescribed acid reflux drug.
got a job as a supermarket cashier. She also spent a summer as a Tarzian is also an accomplished artist—her watercolors have General Electric draftsperson, where one of her assignments illustrated the college's holiday greeting cards—and a soloist with included work for the Manhattan Project.
the St. Gregory the Illuminator Armenian Apostolic Church Following graduation, Tarzian discovered it was not easy being choir in Philadelphia's Roxborough neighborhood.
a woman in what at the time was a department dominated by Eight years ago she established the Seda Tarzian Scholarship, male science professors. "I experienced a lot of prejudice," she presented to talented CST students with preference given to acknowledges. Over the course of the next four decades, Tarzian those who have experienced socioeconomic or education disad- worked her way up from being a Jeanes Hospital medical technol- vantages. Her motivation: Make sure CST students don't ogist to Merck's first female medical program coordinator. She have to struggle financially. "I want to make sure no one goes also was a histologist in the Anatomy Department of the Temple through what I did," she says. University School of Medicine, as well as a lecturer and instructor in the medical technical training program.
Jody-Ann Forrester-Small (BS '13, CIS): Sky's the limit
When she arrived on campus in 2011, Forrester-Small felt out a degree in architecture. "They were like mother figures to me. of place. Coming from the Community College of Philadelphia, They encouraged me to get involved in the [Computer and where she earned an associate degree with honors, she says, "I felt Information Sciences] Department and introduced me to areas overwhelmed. The students were so much more directed here, and I was an older student." In 2012, she earned a scholarship, funded by Vanguard, to Just 14 months later—more than a semester before she gradu- attend the Grace Hopper Celebration of Women in Computing ated with a 3.51 GPA—she was offered and accepted a consult- Conference in Baltimore. "I met with 3,600 women from all over ing position with Protiviti, a California-based risk, audit and the world who are heavily involved in technology," says Forrester- business consulting firm with an office in Philadelphia. Small, who also earned a scholarship from the Philadelphia chap- After starting as an information technology audit consultant, ter of the Society for Information Management.
this year she has been tackling IT security projects. "I feel like the Forrester-Small made the most of her time at CST. She Jody-Ann Forrester-Small sky's the limit because I get to work with a bunch of great people interned as a business systems analyst at PNC Bank—thanks to and with clients in healthcare, retail, banking and education," she a resume session with Urban and McGinnis and to a CST job fair says. "I get to learn about different industries, and each project she attended just two months after coming to Temple. She served represents a new challenge." as public relations officer for Temple's ACM student chapter and, Forrester-Small, who moved from Jamaica to Philadelphia in during her last semester and through the ensuing summer, as a 2005, gives a lot of credit for her success to three CIS faculty: CIS grader and course assistant. Wendy Urban, her faculty advisor; Claudia Pine-Simon, the "I loved my experience at Temple, and I'd still like to be there Association for Computer Machinery (ACM) faculty advisor; now," she says, "but my job is even more fun." and Rose McGinnis, director of Student Professional Development at CST.
"I take my hat off to those ladies," says Forrester-Small, whose husband, Ainsworth Small, graduated from Temple in 2008 with College of Science and Technology 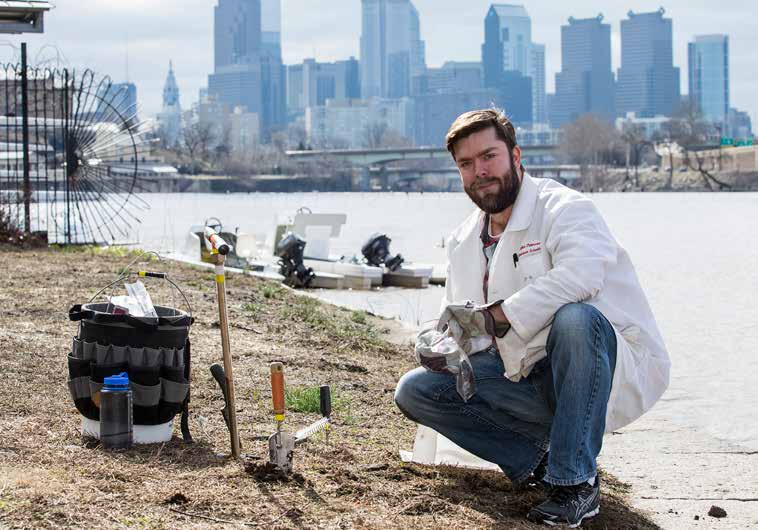 Stephen P. Peterson (BS '11; MS '14, Geo): Keeping Philadelphia's soil safe
Older industrial cities such as Philadelphia tend to have high lead
provides the city with the necessary information and tools to bet- and heavy-metals concentrations in their soil. With the growth of ter assess the locations of these materials concentrations, test the urban agriculture—where people use vacant lots, parks and even park's soils more efficiently and do what is necessary to make the recreation centers to grow fruits and vegetables—concerns have park healthier for Philadelphia's inhabitants," he says.
arisen about whether people are slowly poisoning themselves by His research has won numerous awards at national and interna- eating what they grow in urban gardens.
tional conferences and helped earn him a prestigious yearlong Stephen P. Peterson decided to explore whether or not such fel owship from the U.S. Forest Service's Northern Research Station dangers lurk in Philadelphia's Fairmount Park, the largest inner- in Philadelphia. "They're interested in the urban forestry landscape city park system in the U.S. and the site of some urban agriculture. and getting the urban tree canopy back to what it once was, and For a year and a half, he examined the presence of lead and other they believed this research could impact that," says Peterson.
potentially harmful heavy metals in the soil there.
Improving the environment fulfil s a dream that began when "Everywhere I went—no matter how old the area or how Peterson enrolled in and loved an environmental science class in dense the woods—the levels of lead and other metals were well high school. "I wanted to be a tree hugger and change the world," above Philadelphia's normal level, which is already above the he says. "I came to Temple because it was one of the few schools national average," he says. All but one of the urban gardens he at that time that offered environmental science." tested were in raised planting beds where the soil is brought in Peterson is now with GEI Consultants, an engineering and from elsewhere, so heavy-metals levels were low. "Fairmount Park scientific consulting firm in Mount Laurel, New Jersey.
people are doing it right bringing in fresh topsoil," he explains.
Peterson shared his research with city officials. "This research —Preston Moretz, SMC '82 OUTLOOK / Winter 2015

Neither lavender oil nor tea tree oil can be linked to breast growth in young boys Robert Tisserand Introduction In 2007, a correlation was alleged between commercial products containing lavender and tea tree oils and breast growth in young boys. Three cases were seen in boys aged 4-7, who had all been using such products. In each case, the breast growth reduced to normal parameters within several months of ceasing to use the products. Subsequent laboratory testing showed that both essential oils had estrogen-like properties (Henley et al 2007). In the report, no information was given about any of the product ingredients, and there is scant information on product use. No analysis was carried out to confirm or rule out the presence of essential oil constituents. Case one In the first case, "The patient's mother reported applying a "healing balm" containing lavender oil to his skin starting shortly before the initial presentation." No further details of the product or its use are given, but a healing balm sounds like something that might only be applied to a small area of skin. If so, then it is unlikely that any ingredient could have entered the boy's blood in sufficient concentration to cause gynecomastia within a short time period. Case two In the second case, a styling hair gel was applied to the hair and scalp every morning, along with regular use of a shampoo. Both tea tree oil and lavender oil are cited on the ingredient list of both products. In a subsequent website report, it is claimed that the two hair products used in this case were manufactured by Paul Mitchell®, and that these were analyzed by a competitor. The shampoo was said to contain "very low concentrations" of tea tree oil, and the content in the hair gel was "virtually undetectable". Lavender oil concentration was not checked (Neustaedter 2007). Dermal absorption of fragrance from shampoo application has been estimated to be 80 times less than that from body lotion (Cadby et al 2002) and tea tree oil constituents are poorly absorbed by human skin. In one study, only 3% of the essential oil volume, applied as a 20% concentration in ethanol, was absorbed in a 24 hour period (Cross and Roberts 2006). If the website report is reliable, considering that shampoo is a wash-off product, and that there was only a negligible amount of tea tree oil in the hair gel, tea tree oil can be ruled out as a possible cause of this boy's gynecomastia. However, liberal use of a hair gel rich in lavender oil could result in moderate dermal absorption of lavender oil constituents (Cal 2006).