Manual for interconnection of rooftop pv-systems in the philippines 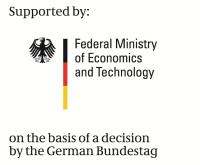 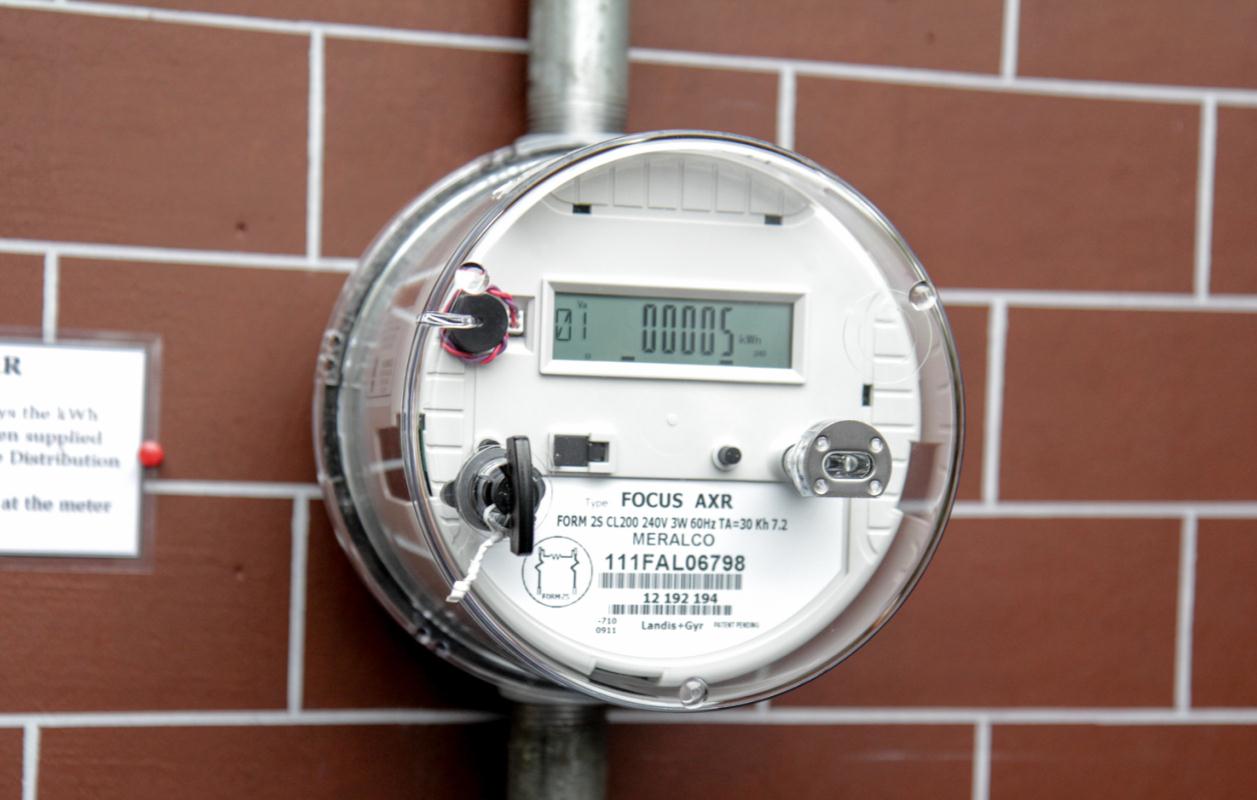 Contact
Deutsche Gesellschaft für Internationale Zusammenarbeit (GIZ) GmbH
Köthener Str. 2, 10963 Berlin, Germany
Fax: +49 (0)30 408 190 22 253
Email: [email protected]
Web: www.giz.de/projektentwicklungsprogramm
Web: www.renewables-made-in-germany.com
This report is part of the Project Development Programme (PDP) South-East Asia. PDP South-East Asia is implemented
by the Deutsche Gesellschaft für Internationale Zusammenarbeit (GIZ) GmbH on behalf of the German Federal Ministry
of Economics and Technology (BMWi) under the "renewables – Made in Germany" initiative. More information about
PDP and about renewable energy markets in South-East Asia can be found on the website
www.giz.de/projektentwicklungsprogramm.
This publication, including all its information, is protected by copyright. GIZ cannot be liable for any material or immaterial damages caused directly or indirectly by the use or disuse of parts. Any use that is not expressly permitted under copyright legislation requires the prior consent of GIZ. All contents were created with the utmost care and in good faith. GIZ assumes no responsibility for the accuracy, timeliness, completeness or quality of the information provided. MANUAL FOR INTERCONNECTION MANUAL FOR INTERCONNECTION Table of Contents

Table 1: Distribution Companies in the Philippines
Residential Industrial
Company Name
Area in km2
Angeles Electric Corp (AEC)
Clark Electric Distribution Co.
Clark Special Economic Zone Subic Bay Freeport Zone Davao Light & Power Co.
Davao City, Panabo City/Carmen, Sto. Iligan Light & Power Inc (ILPI)
Dagupan Electric Corp
Dagupan City/Calasiao, Sta. Barbara, San Fabian, San Jacinto & Manaoag San Fernando Electric Light & City of San Fernando/Floridablanca
Power Co. (SFELAPCO)
Cabanatuan Electric Corp
(CELCOR)
Cagayan Power & Light Co.
Cagayan de Oro City/Tagoloan, Jassan & VillanuevaMetro Manila, the provicens of Rizal, Cavite and Bulacan, and parts of the provinces of Pampanga, Batangas, Laguna and Quezon Cotobato Light & Power Co.
(CLPC)
Mactan Electric Co. (MECO)
Tarlac Electric Inc (TEI)
Cebu, Mandaue & Talisay/Consolacion, Visayan Electric Co (VECO)
Lilioan, Mnglanilla, Naga & San Fernando There are various distribution network companies in the Philippines operating distribution grids of various sizes and various areas. Meralco is by far the largest distribution network operator in the Philippines having more the 4.5 million clients and operating the distribution grid of Metro Manila and of some provinces. The distribution companies listed i all operate distribution grids that are connected to the main transmission grid of the Philippines. Besides this, there are various grid operators, so-called Electric Cooperatives, operating island networks (networks not connected to the main transmission grid) of various size ranging from a few kW to several MW. The overview according to and Annex A is a result of a survey amongst most distribution network operators that has been carried out during a workshop in Manila in November 2012. The results of this survey can be summarized as follows: ■ Electricity prices to residential customers range between 5.6 PHP/kWh and 9.5 PHP/kW, which is equivalent to around 0.1 Euro/kWh and 0.18 Euro/kWh (average 2011). ■ Electricity prices to industrial customers range between 6.2 PHP/kWh and 10.5 PHP/kWh (0.12 Euro/kWh and 0.2 Euro/kWh, June 2012). MANUAL FOR INTERCONNECTION ■ Average generation costs range between 2.6 PHP/kWh and 6.5 PHP/kWh (0.05 Euro/kWh and 0.12 Euro/kWh), whereas the average generation cost in 2011 (average over all utilities) was at 4.8PHP/kWh (0.09 Euro/kWh). ■ Only the representatives of Dagupan Electric Corp., Cepalco, Cotubato Light and Power and Veco stated that they had some experience with renewable generation. ■ According to the survey, there is only embedded generation in the grid of Cepalco (1 MW). ■ Only two distribution network operators indicated that they had an interconnection policy in place: Cepalco, adopting the Philippine distribution code and Meralco ("Technical Guidelines of the Interconnection of distributed generation to the Meralco system") applying to generators >100kW connected to Meralco's subtransmission grids (115 kV and 69 kV) and distribution networks (34.5 kV and 13.8 kV). The result of this survey shows that, despite of the high end-user tariffs, embedded generation in MV and LV networks in the Philippines is still very much at the beginning of its development and that there is still a lot of work to do for implementing codes and procedures for supporting the development of embedded renewable generation in the Philippines. MANUAL FOR INTERCONNECTION 3 Low-voltage and Medium-voltage Networks in Low-voltage (LV) and medium-voltage (MV) network technologies in the Philippines are widely in line with US-American standards. This includes the network frequency, which is 60 Hz and voltage levels at MV and LV levels. All aspects with regard to electrical installations, safety and design are described in the Philippine Electrical Code (PEC, which has to be considered for all electrical installations. MV-Networks
Table 2: Typical MV levels in the Philippines
Voltage Level Number of Phases Number of Wires
In Meralco and Cepalco areas In Meralco also named "3-phase" Cepalco area only (LN of 34,5kV LL) Most common MV level Standard in Electric Cooperatives Cepalco area only (LN of 13,8kV LL) Electric Cooperatives (LN of 13,2kV LL) Olongapo City only Figure 1: 3-phase-4 wire and 2-phase-3-wire ("three-phase") systems Public MV-feeders in the Philippines typically operate at 34.5 kV or 13.8 kV. MV-feeders are predominantly three-phase, four wire. The neutral conductor is connected to the star point of the transformer in the substation and solidly earthed. MANUAL FOR INTERCONNECTION In some areas, also two-phase – three wire systems can be found (see, with distribution transformers being connected in an open delta connection to the HV-side and hence allowing a three-phase network at the LV-side. Therefore, these systems are also called "three-phase"-systems. Electric Cooperatives use 13.2 kV 3-phase, 4-wire as standard distribution technology Single phase, neutral return systems can be found at voltage levels of 20 kV (on LN-voltage of 34.5 V) and 7.96 kV (LN-voltage of 13.8 kV), especially in the area of Cepalco. Most distribution networks in the Philippines are built by overhead lines. For clearing transient faults, automatic reclosing schemes apply, which can lead to short-term interruptions of the underlying LV networks. LV-Networks
Table 3: Typical LV levels in the Philippines
Number of Phases
public (underground cables) The voltage levels listed ipresent standard voltage levels of the Philippines according to section 2.20.1.5 of the PE Public LV-Networks

The actual protection arrangement for an inverter, including the disconnect switch is depicted in
Fehler! Verweisquelle konnte nicht gefunden werden., which corresponds to Appendix D of

Environ. Sci. Technol. 2003, 37, 3601-3608 Modeling of Lithium Interference in describe the isotherm data. However, these models arecompletely insensitive to the environment in which bio- sorption takes place. Furthermore, the biosorption perfor-mance, depending on the pH, ionic impurities, competingions, and other environmental variables, cannot be reliably