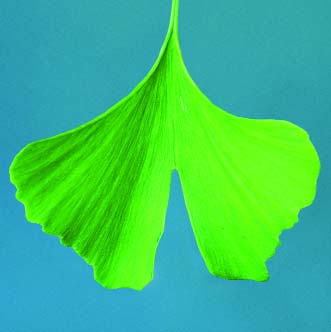 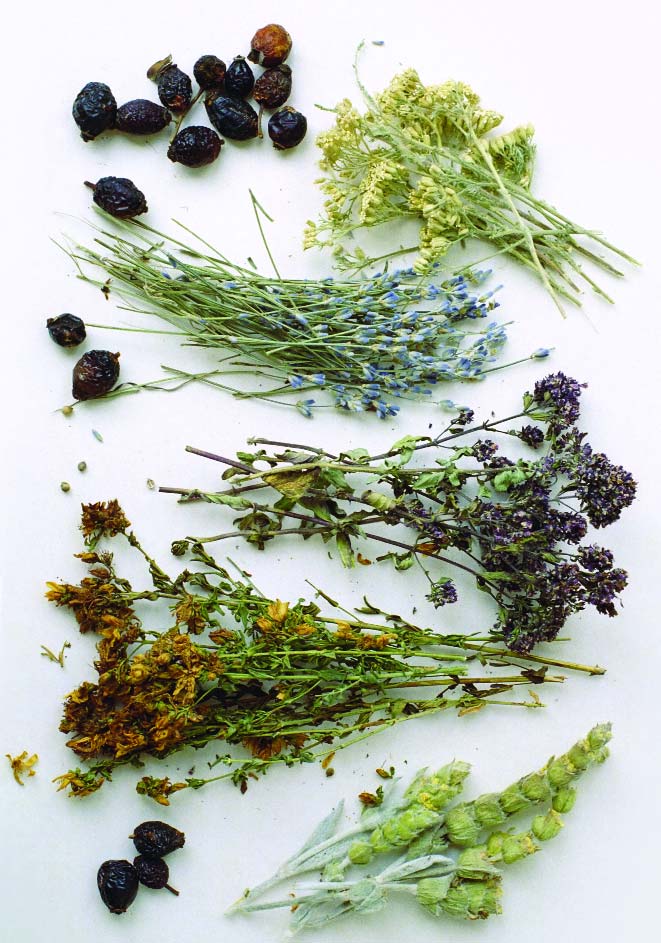 Introduction
This Field Guide to Herbal Dietary Supplements was prepared by the
AHPA Foundation for Education & Research on Botanicals (AHPA-
ERB Foundation) to provide information on the general class of herbal
products that are marketed in the United States as dietary supple-
ments. The AHPA-ERB Foundation exists to promote education and
research on medicinal, therapeutic, and health-promoting herbs.
A conventional field guide to local or regional plants provides infor- mation that assists knowledgeable users in identifying plants in theirhabitats. Field guides do not, however, transform their readers into expertson botanical taxonomy, and it is only through years of practice and actu-al time in the field that expertise and knowledge can develop. Similarly,readers of this document will be provided with accurate informationabout herbs and herbal products, which, combined with a commitmentto seek out additional references and guidance, will provide a knowl-edgeable basis for informed decisions on using herbal supplements.
The intention of this document therefore is to provide some basic background for consumers of herbal supplements. This documentmakes no claims of being a complete collection of herbal knowledgeand no small work of this nature could hope to take the place of the vastrecords, resources, and personal experience needed to learn all thereis to know about herbs. This Field Guide to Herbal Dietary Supplements includes a short discussion of the historical use of herbs and of the current regulation ofherbal products that are marketed in the United States. There is a sec-tion devoted to contemporary research on herbs including the latestscientific findings. Responsible use of herbs is also discussed and briefdescriptions are provided for some of the most popular herbs, as wellas a listing of sources of credible information for those who wish tolearn more. 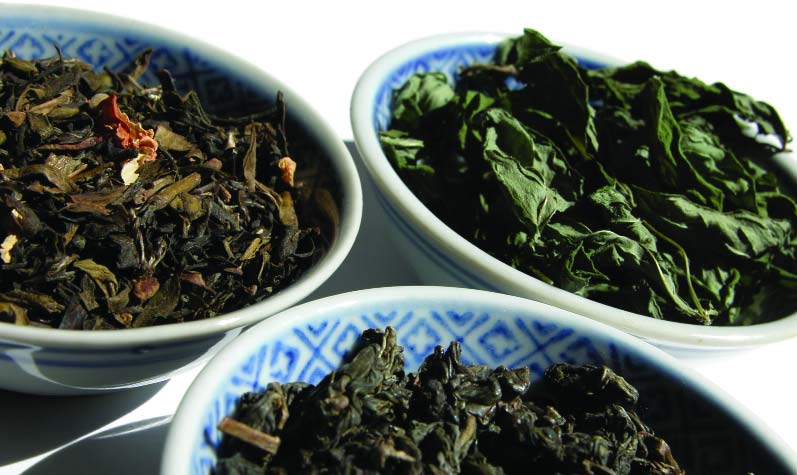 Historical
use of herbs

Throughout time, people around the world have used herbs to address
a multitude of health issues. Analyses of archeological sites show that
herbs were used long before the beginning of recorded history.
Primitive and ancient civilizations throughout the world relied on herbs
to provide the benefits that were observed with their use.
The oldest surviving medical documents come from the Ancient Egyptians. Among these is the first document concerned with medicinalherbs, known as the Ebers Papyrus. This text is approximately 3,500years old, and contains a list of 700 medicinal herbs and includes reme-dies for many diseases and maladies. Many ancient Chinese docu-ments also classify herbal medicines, and similar records can be foundthroughout Asia and Europe since recorded history. Other societies,such as Native Americans and indigenous tribes in South America andAfrica are also known to have used herbs for centuries.
Today, the World Health Organization estimates that herbal medi- cine is still the primary source of health care for approximately 80 percentof the world's population. In addition, many of the pharmaceuticalpreparations used around the world are based on plants. Herbs andherbal products, with their incredibly wide use throughout time andplace, continue to provide real health benefits while maintaining aremarkable safety profile.
Regulation of
herbal dietary
supplements in
the United States
The Food and Drug Administration (FDA) and its predecessor agencies
have had jurisdiction over herbal products marketed in the United
States for over 100 years. During this time herbs that have been included
in conventional foods, such as peppermint tea or vanilla extract, have
been regulated as foods, while herbs like digitalis and belladonna, which
are recognized as drugs, have been regulated as such. Many other
herbs that have long been used for therapeutic purposes or to maintain
or promote health have also been broadly sold, but for many years there
was no clearly defined regulatory category for these products.
Attempts were made to fill this regulatory gap at the beginning of the 1990s. FDA proposed at that time that herbal "dietary supplements"should be regulated in the same manner as food additives, which is to 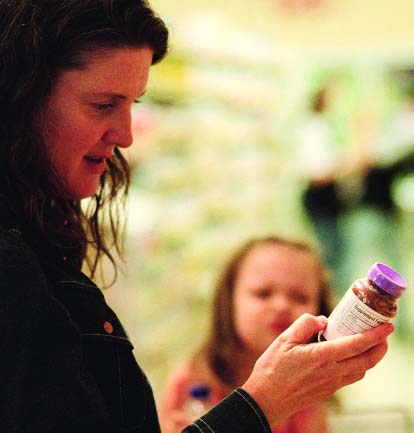 say with the same rules that applyto added ingredients like aspar-tame. But this did not seem like alogical approach for herbs suchas chamomile, echinacea, gin-seng, and the host of other herbsthat have long been used in cul-tures around the world. Instead,in 1994 the U.S. Congresspassed the Dietary SupplementHealth and Education Act(DSHEA) that amended theFederal Food, Drug & Cosmetic Act (FFDCA), to clarify the way in which vitamins, minerals, herbs andspecialty supplements are regulated by the federal government. Almostall such products are now marketed in the U.S. as dietary supplements.
The law clarifies that herbal and other dietary supplements should be regulated in many of the same ways as foods. FDA has jurisdictionover how these products are made and labeled, and may seize anddetain herbal and supplement products that are adulterated or mis-branded. FDA may also forbid the sale of any dietary supplement oringredient any time that the agency determines that it represents a sig-nificant or unreasonable risk. And the law requires that FDA be notifiedof any "new" dietary ingredients intended for use in supplements. Federal law also defines the responsibilities of manufacturers and mar- keters of dietary supplements. Dietary supplements are required to identi-fy every dietary ingredient in the product and to state the quantity of eachingredient or proprietary blend. Claims that are made on a product's labelor labeling are strictly controlled, must be substantiated, and must notclaim to diagnose, treat, cure, or prevent any disease (even if there is evi-dence to support such a "drug claim"). Facilities in which herbal and otherdietary supplements are manufactured are held to the high standards ofFDA's Good Manufacturing Practice (GMP) regulation for dietary supple-ments. Additionally, supplement companies are required by law to tell FDAabout any reports of serious adverse events they receive from consumers. Another important benefit of the Federal law is that it explicitly allows consumers to be provided with balanced scientific information aboutherbs and other supplement ingredients. Prior to the passage of thislaw, FDA considered such information to be illegal if it contained anyreference to cure, treatment, or prevention of diseases. But theCongress decided that the government "should not take any actions toimpose unreasonable regulatory barriers limiting or slowing the flow ofsafe products and accurate information to consumers," and establishedrules to allow dissemination of truthful and non-misleading publicationsabout ingredients found in dietary supplements.
The discussion presented above addresses only the regulation of herbs and other supplements by FDA. As with any other industry, how-ever, companies that make and sell supplements must conform with theregulations of many other federal agencies, as well as state and localjurisdictions. For example, the Federal Trade Commission enforces thelaws that govern advertising of all consumer goods, and companies inthe herbal business must comply with these. Marketers of organicherbal products must be familiar with rules maintained by the U.S.
Department of Agriculture, and manufacturers of herbal extracts needto be in compliance with the legal guidelines set by the Tax and TradeBureau. The list goes on and on—the Department of Transportationrules apply to all interstate shipments; U.S. Customs and BorderProtection governs imports; the Occupational Safety and HealthAdministration protects workers in all trades; etc.
In conclusion, manufacturers and marketers of herbal supplements are subject to extensive federal laws and regulations. Each of these fed-eral agencies is responsible for enforcing their rules so that the needsof consumers are properly met, and so that companies that do not follow the rules do not gain an advantage over those that do. The lawsthat are currently in place in the U.S. were designed to ensure that safeand beneficial dietary supplements, including herbal products, are avail-able to well-informed consumers for use when making their own self-care choices. Responsible manufacturers and marketers will continueto provide these products and the citizens of the United States will con-tinue to enjoy the health freedom which they demand and deserve.
Contemporary
research on
herbs
Because herbs have been used successfully since ancient times, modern
researchers worldwide are interested in using current scientific protocols
to quantify their effectiveness.
In recognition of the importance of herbs for health, the National Center for Complementary and Alternative Medicine (NCCAM) wascreated and funded by Congress, and is dedicated, in part, to investi-gating complementary and alternative healing practices through scientific experimentation and research. NCCAM and another govern-ment agency, the Office of Dietary Supplements, currently fund fiveResearch Centers focused on botanicals. The centers' researchincludes the effects of botanicals on immune function, inflammatory dis-eases, women's health issues, age-related diseases, and metabolicsyndrome. The centers are expected to advance the scientific base ofknowledge about botanicals, including issues of their safety, efficacy,and biological activity.
Another NCCAM objective is to publicize this information, which is achieved through conferences, educational programs, exhibits, and theirweb site. Additionally, thousands of science-based, clinical studies areperformed every year on a wide variety of herbs and herbal products.
Scientific inquiries continue to develop our knowledge of the benefits of plants and often validate the observations made over the past centuries. 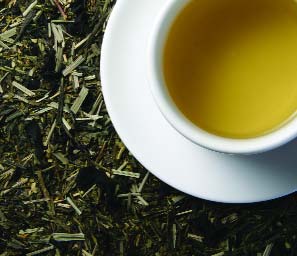 Responsible
use of herbs

Plants that enjoy broad culinary and therapeutic usage are generally
safe. We can flavor our food with any number of herbs to make a meal
more flavorful. We can appreciate a delicious cup of peppermint leaf or
ginger root tea, or benefit from the soothing properties of marshmallow
root or the inner bark of slippery elm. We can take an herbal supple-
ment containing milk thistle seed extract or
saw palmetto berries, or any number of the
other herbs. Although allergies and reac-
tions have been recorded for a few herbs
that are widely used in foods and supple-
ments, such individual concerns are also
seen with many foods, and do not diminish
the safety profile of the many herbs that are
generally recognized as safe.
On the other hand, and as everyone knows, some plants are highly toxic, evendeadly. Every ten-year-old hiker knows tostay away from poison ivy when walking inthe woods. The death sentence imposed on Socrates by an Athenian jury2,400 years ago was carried out with a fatal dose of poison hemlock. Responsible and informed use by consumers is essential to ensure that herbal products maintain their established safety profile. Be sure tofollow label directions or the recommendation of your healthcare providerfor any herbal product. And remember to tell your healthcare providerthat you're using an herbal supplement. The effect of a pharmaceuticaldrug you are taking may be either increased or decreased in the pres-ence of other factors in your diet, including herbal use. 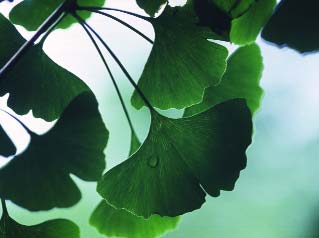 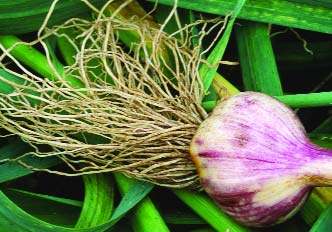 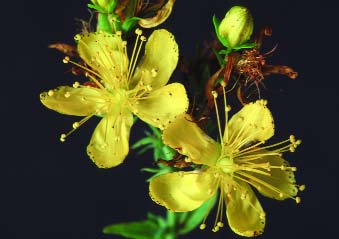 Some popular
herbs and
their uses