Human Health The loss of biodiversity–the Earth's plants,ani- water-borne infectious diseases.These are just a few mals, fungi and microbes and all the wisdom of the consequences of habitat destruction.
contained in their interactions and genetic Species loss removes raw materials for treating ill- diversity–has had and will continue to have profound nesses of all kinds and for new processes of biotech- consequences for human health.
nology. Species who might serve as medical models Environmental change and ecosystem disruption critical to life-saving research and species which warn can threaten the world's food supply and the quality and us about environmental threats to humans may cease quantity of fresh water. Chronic malnutrition weak- to exist. Also forfeited are opportunities to better ens the immune system, increasing susceptibility to understand the numerous wild species closely related intestinal parasites, hepatitis, malaria, and respiratory to vectors and pathogens of emergent and existing infections. Contaminated water, due to agricultural diseases. Infectious agents and disease carriers are runoff and the destruction of watersheds and wet- much more quickly identified and controlled if their lands, can cause diarrhea, cholera, dysentery, and other close relatives are known to science.
• Changes in supply and quality of fresh water leading to increased transmission of • Changes in food supply leading to increased malnutrition and, hence, to more immuno-compromised people in the world.
• Increases in parasites, disease-causing organisms, and disease-carrying organisms.
• Reduced opportunities for alleviation of mental fatigue.
• Increased global climate change. 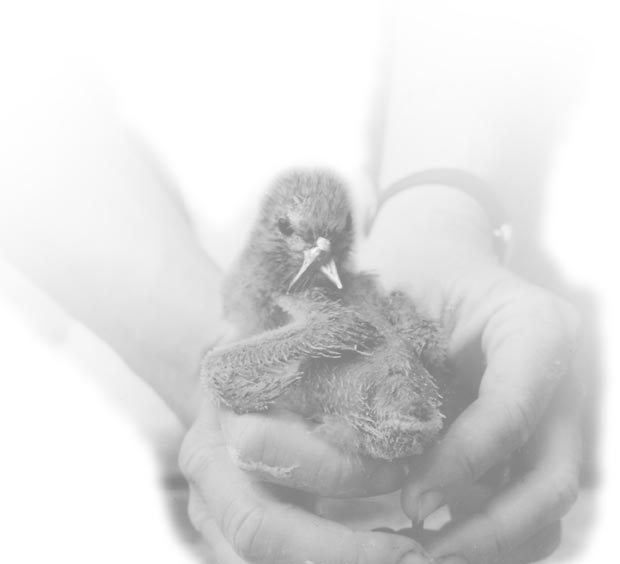 Medical Models and "Early-Warning Species With the loss of species, we are also losing valuable medical models that help us understand human physiology and disease.
Osteoporosis, a largely untreatable condition, afflicts Bears hibernate, but do not lose bone mass. Understanding how 25 million Americans, results in 1.5 million bone bears prevent bone loss during four to five months of immobility fractures and 50,000 deaths annually, at a cost to the (the only vertebrate that can do this) could lead to ways of prevent- U.S. economy of $10 billion in direct health care ing or treating osteoporosis.
costs and lost productivity each year.
People with chronic renal failure are now totally Bears do not urinate for months during hibernation. Humans, by dependent upon dialysis. Renal failure in the U.S.
contrast, would die after a few days if unable to excrete their uri- alone costs $7 billion annually.
nary waste. Research on bears might lead to effective treatmentsfor kidney disease.
Sharks, which are being lost in record num- Sharks rarely develop tumors or infections. Why not? Some clues bers, are studied to identify chemo-therapeutic have been discovered. Researchers have isolated a substance from agents for the treatment of malignant tumors.
one shark species that strongly inhibits the growth of new bloodvessels toward solid tissue tumors, thereby preventing their growth.
As many infectious organisms develop resis- Squalamine, a compound that has been isolated from the tissues of the tance to currently used antibiotics, new drugs dogfish shark, has shown extremely potent activity in tests against a become increasingly important.
variety of bacteria, fungi, and parasites by mechanisms not fully under-stood but that seem different from those of all existing antibiotics.
Other organisms provide differentkinds of models.
■ One type of sea squirt, the sea This three-week old Roseate tern grape, is the only animal besides chick was hatched with crossed humans to form stones naturally in mandibles. Other gross abnormali-ties caused by chemical pollutants their kidney-like organs. By studying in Long Island Sound were chicks the formation of both uric acid and with deformed legs, feet, eyes, calcium oxalate stones in these crea- wings and feathers.
tures, scientists are trying to understandthe mechanisms by which kidneystones and gout develop in humans.
■ The horseshoe crab has one of thelargest and most accessible opticnerves and the largest photoreceptorsof any animal. A great deal of what weknow about the basic mechanisms ofhuman vision has been learned fromthe study of this creature.
■ The armadillo is the only animal toacquire leprosy when injected with theMycobacterium leprae experimentally.
Mycobacterium diseases include several opportunistic infections such as M. avium that attack AIDS patients.
Photo by Mary LeCroy

The Diversity of Life Biological diversity is the key to the preservation of life on Earth.It encompasses the immense range and variety of life forms – the dif- Some organisms may be so uniquely ferences within and between gene pools, species, populations, and sensitive to specific assaults on the entire ecosystems. It sustains and supports all living things, from microbes to environment that they can warn us humans.Without this diversity, life itself would become extinct.
of potential threats to human life and well-being.
The Earth has experienced five mass extinction episodes over the last • A wide variety of amphibians, 500 million years. These mass extinctions were caused by terrestrial and reptiles, birds, and some marine and extraterrestrial events.We are now in the midst of the sixth mass extinc- land mammals show endocrine and tion as species vanish in a time span of mere decades rather than millions reproductive effects that may becaused by exposure to synthetic of years. Although the Earth recovered from previous extinctions, it chemicals in the environment. Some required 20 to 100 million years to do so.
chemical pollutants may mimic hormone activity in these animalsand, by doing so, disrupt embryonicdevelopment and reproductive functioning.
• Reproductive failure among beluga whales in the1980s was traced to highconcentrations of PCBs, DDT, andMirex (an insecticide carried by theeels that belugas eat) in their tissue.
• Populations of frogs,toads,and ■ Cleared forest land■ Frontier forest today salamanders have declined sharply in ■ Current non-frontier forest many parts of the world, even in Reprinted with permission from The 6th Extinction undisturbed habitats, presumably as a The Last Frontier Forests, result of opportunistic infections.
World Resources Institute, 1997.
This sixth mass extinction is caused entirelyby humans.The pressures of overconsumptionof our natural resources are compounded by •The appearance, in 1970, of population growth. For the first time in the severely deformed Roseate history of the planet, we are altering the basic tern chicks on Great Gull chemistry, physics, and physiology of the Island, a research station of the Earth. We are changing the atmosphere, the American Museum of Natural oceans, and the land.
History, showed, for the firsttime, that wild populationscould be affected by industrialchemicals. Toxic chemicals We are
were found in the terns and in • overexploiting natural resources
the fish they ate, providing an • destroying and degrading the habitats of animals and plants
early warning of pollutants in • introducing alien species into new environments
Long Island Sound.
• polluting and contaminating the environment with toxic substances
• changing the climate of the globe
Thathumanhealthandwell-beingdepend upon We ignore at our peril the nature of our dependency the conservation of biodiversity is still largely on the diversity of life and the intertwining of the unappreciated. Biodiversity conservation components of living systems. If we do not now pre- requires bold new thinking about the way we manage serve biodiversity there will soon be little left to pre- the Earth.Every policy and action must recognize that: serve. When that happens, humans themselves may • The resources of the Earth are finite.
become an endangered species.
• Nature's components are unique and, once lost, • We depend on biodiversitiy in some way all day, Causes and Consequences
Drug Discovery from
The Agenda for the Future:
of Biodiversity Loss for
Conserving Biodiversity
The Origins of Prescription Drugs Global Environmental Degradation A Paradigm for the Equitable and Biodiversity Loss: Implications D AV I D N E W M A N
Sharing of Benefits Resulting from Biodiversity Research and R I C C H I V I A N
Earthly Dominion: Population T H O M A S D . M AY S
Natural Products for the Treatment Growth, Biodiversity, and Health of Infectious Diseases Biodiversity and Emerging Integrating Drug Discovery, Ph.D. is the director Infectious Diseases: Integrating Capturing the Chemical Value of Biodiversity Conservation, and of the Center for Health and Ecosystem Monitoring Biodiversity: Economic Perspectives Economic Development: Early Lessons from the International and Policy Prescriptions Conservation at the Cooperative Biodiversity Groups of Natural History Fatal Synergisms: Interactions Causes and Consequences of in New York.
between Infectious Diseases, Biodiversity and Traditional
Biodiversity Loss: Liquidation of Joshua Rosenthal, Human Population Growth, and Natural Capital and Biodiversity Ph.D. is director of Loss of Biodiversity Resource Development in Indigenous Peoples and biodiversity pro- grams at the Fogarty PA U L A L A N C O X
International Center Sustainable Use of Biodiversity: Biodiversity Loss in and around Medicinal Plants for Healing the Myths, Realities and Potential Institutes of Health Planet: Biodiversity and Environmental Health Care Opportunities for Collaborationbetween the Biomedical and Returning Benefits from Conservation Communities Ethnobotanical Drug Discovery ISLAND PRESS 1997 to Native Communities WA LT E R V. R E I D
Washington, D.C.
K AT Y M O R A N
Afterword: A Proposal for a Covelo, California National Council on Biodiversity Center for Biodiversity and Conservation Publication of this brochure was made possible by the generous support of Ms. Karen J. Lauder.
American Museum of Natural History 1997 Center for Biodiversity and Conservation, American Museum of Natural History Central Park West at 79th Street, New York, NY 10024-5192 Printed on 100% post-consumer fiber with soy-based inks.
Tel: 212-769-5742 • Fax: 212-769-5292 Cover illustration by Dennis Rengifo, courtesy of Usko-Ayar Amazonian School of Painting.

Dr Law & Partners Tel: 01283 564848 Date of inspection visit: 1 October 2014 Date of publication: 08/01/2015 This report describes our judgement of the quality of care at this service. It is based on a combination of what we foundwhen we inspected, information from our ongoing monitoring of data about services and information given to us fromthe provider, patients, the public and other organisations.