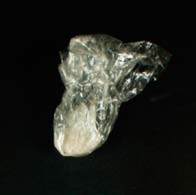 QuikChange® Site-Directed Mutagenesis Kit INSTRUCTION MANUAL Catalog #200518 (30 reactions) and #200519 (10 reactions) For In Vitro Use Only 200518-12 LIMITED PRODUCT WARRANTY This warranty limits our liability to replacement of this product. No other warranties of any kind, express or implied, including without limitation, implied warranties of merchantability or fitness for a particular purpose, are provided by Stratagene. Stratagene shall have no liability for any direct, indirect, consequential, or incidental damages arising out of the use, the results of use, or the inability to use this product.