The purpose of this study is to determine if breads containing the whole grain Salvia hispanica lower blood glucose responses and decrease hunger compared to breads without the grain but with the same amount of carbohydrate. The study will also determine which amount and which form (whole or ground) of Salvia hispanica causes the greatest feelings of fullness. Furthermore, we will investigate if there is a relationship between blood insulin levels and fullness or satiety. This study will comprise a portion of Amy Lee's research for her Master's thesis. Salvia hispanica is a whole grain grown in South America that has been consumed as early as 3500 B.C. It has also been recently demonstrated to be completely safe for human consumption. Its composition is similar to that of the common flaxseed. Description of the Research
Approximately 30 subjects will be enrolled in this study and this study will be conducted at the Risk Factor Modification Centre, St. Michael's Hospital (70 Richmond St. East, Main Floor, Toronto, Ontario, M5C 1N8). You will be asked to visit the clinic on 11 separate occasions to eat 11 different meals. The visits will be approximately 2 hours long. The meals will consist of a serving of bread 9 containing either no Salvia hispanica or various amounts of it. Visits must be at least 48 hours apart. Therefore, your participation should last from between 5-10 weeks. For each visit, you will come to the clinic in the morning after having fasted for 10-12 hours. You will first have a finger prick blood sample taken and will fill out a questionnaire, then will be
served a meal. At 15, 30, 45, 60, 90 and 120 minutes after the meal you will have additional finger
prick blood samples taken and will complete a questionnaire at each of these times.
Potential Harms (Injury, Discomforts or Inconvenience)

Participation in this study carries a very low risk of injury. You may experience a fleeting stinging sensation when you receive a finger prick for a blood sample, and may experience some minor
swelling at the sample site for one or two hours after the sample is taken. The risk of infection from
having a finger prick blood sample taken is extremely low. It is possible that you could have an allergic
reaction to the test meals; this, however, has never been documented.
Potential Benefits

There may be no direct benefit to you for participating in this study. However, the knowledge gained from this study may benefit others in the future.
Confidentiality and Privacy

We may present this study at scientific conferences and we intend to write an article about this study for a scientific journal. You can ask us to send you a copy of the article when it is published by
contacting Dr. Vladimir Vuksan, the principal investigator.
Reimbursement

You will be compensated $30 per session, for a total of $330 for all 11 sessions.
Compensation for Injury

If you suffer a physical injury as a direct result of the administration of study foods or study procedures, you may obtain medical care in the same manner as you would ordinarily obtain any other
medical treatment. In no way does signing this form waive your legal rights nor relieve the
investigator, sponsors or involved institutions from their legal and professional responsibility.
Participation and Withdrawal
Participation in any research study is voluntary. If you choose not to participate, you and your family will continue to have access to customary care at St. Michael's Hospital. If you decide to participate in this study you can change your mind at any time without giving a reason, and you may withdraw from the study at any time without any effect on the care you and your family will receive at St. Michael's Hospital. Research Ethics Board Contact

If you have any questions about your rights as a research subject, you may contact: Dr. Julie Spence Chair, St. Michael's Hospital Research Ethics Board Telephone (416) 864-6060 ext. 2557 The Effects of Salvia hispanica-enriched Foods on Glycemic Responses Responses and
Subjective Satiety
I acknowledge that the research study described above has been explained to me and that any questions that I have asked have been answered to my satisfaction. I have been informed of the alternatives to participation in this study, including the right not to participate and the right to withdraw without compromising the quality of medical care at St. Michael's Hospital for me and for other members of my family. As well, the potential risks, harms and discomforts have been explained to me and I also understand the benefits (if any) of participating in the research study. I understand that I have not waived my legal rights nor released the investigators, sponsors or involved institutions from their legal and professional duties. I know that I may ask now, or in the future, any questions I have about the study or the research procedures. I have been assured that records relating to me and my care will be kept confidential and that no information will be released or printed that would disclose personal identity without my permission unless required by law. I have been given sufficient time to read and understand the above information. I hereby consent to participate, and I have been told I will be given a signed copy of this Participants Name Participants Signature I, the undersigned, have fully explained the study to the above participant.
Investigator or Designate Name Investigator or Designate Signature If Signed by Designate:
Position of Designate Investigator's Signature INFORMATION FORM
Salvia hispanica /ACUTE STUDY All information provided in this questionnaire will be kept confidential
and released only for the purposes of the present study
First name and initials: Mailing address: Office use only: DOB (dd/mm/yyyy): Family Physician: High blood sugar Has your doctor ever told you that you have high blood sugar, high blood pressure? If yes, then please give details: when, how high, Fasting glucose: _mmolL sBP/dBP: _/ _ mmHg medications (Rx), complications, etc. Post-meal glucose: _mmol/L HbA1c (glycosolated haemoglobin) % Complications: _ Does anyone in your family have diabetes, high blood pressure, or heart disease? If yes, then please describe, indicating how long they have had it and their relationship to Grandmother/grandfather Grandmother/grandfather Do you take medications, herbs or supplements? If yes, then please describe, indicating types, brand names, doses, and times. Have you been diagnosed with any of the following? (If yes, please indicate onset date, treatment and current status- recovered/ active condition) Present status
CONDITION
Recovered
(please indicate treatment)
Malabsorption syndrome
Ulcerative colitis
Stomach (gastric) ulcer
Duodenal ulcer
Intestinal parasites
Diarrhea (> 2 liquid
stools/day)
Constipation (≥ 3 days
duration)
Heart disease
Heart attack
Arrhythmia
Uncontrolled hypertension
Systolic BP ≥ 140
Diastolic BP ≥ 90
Blood clotting disorders
Kidney disease
Psychiatric conditions
Present status
CONDITION
Recovered
(please indicate treatment)
Infectious hepatitis
Recently diagnosed
infectious hepatitis A, E
HIV/ AIDS
Thyroid disease
Do you experience any of
the following:
Fatigue
Unexplained weight gain
Dry skin and hair
Depressed mood
Cold intolerance
Constipation
Increased cholesterol?
Nervousness/irritability
Palpitations
Heat intolerance
Increased sweating
Unexplained weight loss
Insomnia

Pancreatic disease
Diabetes
Any food allergies
Allergies to ginseng or
wheat bran powder
Any food intolerance
Any other health problems? No Yes (please describe) _
Lifestyle and diet
Are you following a special diet? Yes (please describe) If yes, how many cigarettes per day? < 10 cigarettes/ day > 10 cigarettes /day If you are a past smoker, how many cigarettes did you smoke per day and when did you quit? Please list type, duration and frequency of any regular exercise (including walking): Please indicate the number of alcoholic beverages (spirit 1.5 oz, beer 1 bottle, wine 1 200 ml glass) consumed per day: Please indicate the number of coffee drinks per day (1 cup = 1.5 fl.oz.) indicating the type of coffee consumed (filtered, espresso, boiled, etc.) ≥ 9 cups/ day Type of coffee: WOMEN ONLY: Are you post-menopausal? Did you recently experience any of the following symptoms? Severity (mild/
Frequency
Duration
moderate/ severe)
Bloating
Belching
Flatulence
Diarrhoea
Excessive urination
Headache
Dizziness
Insomnia
Poor wound healing
Excessive bleeding after
Impaired vision
Heart flutters
Joint pain
Numbness
Have you participated in a clinical trial within the last 3 months? Salvia hispanica/ Acute CLINICAL ASSESSMENT
Subject #: _ 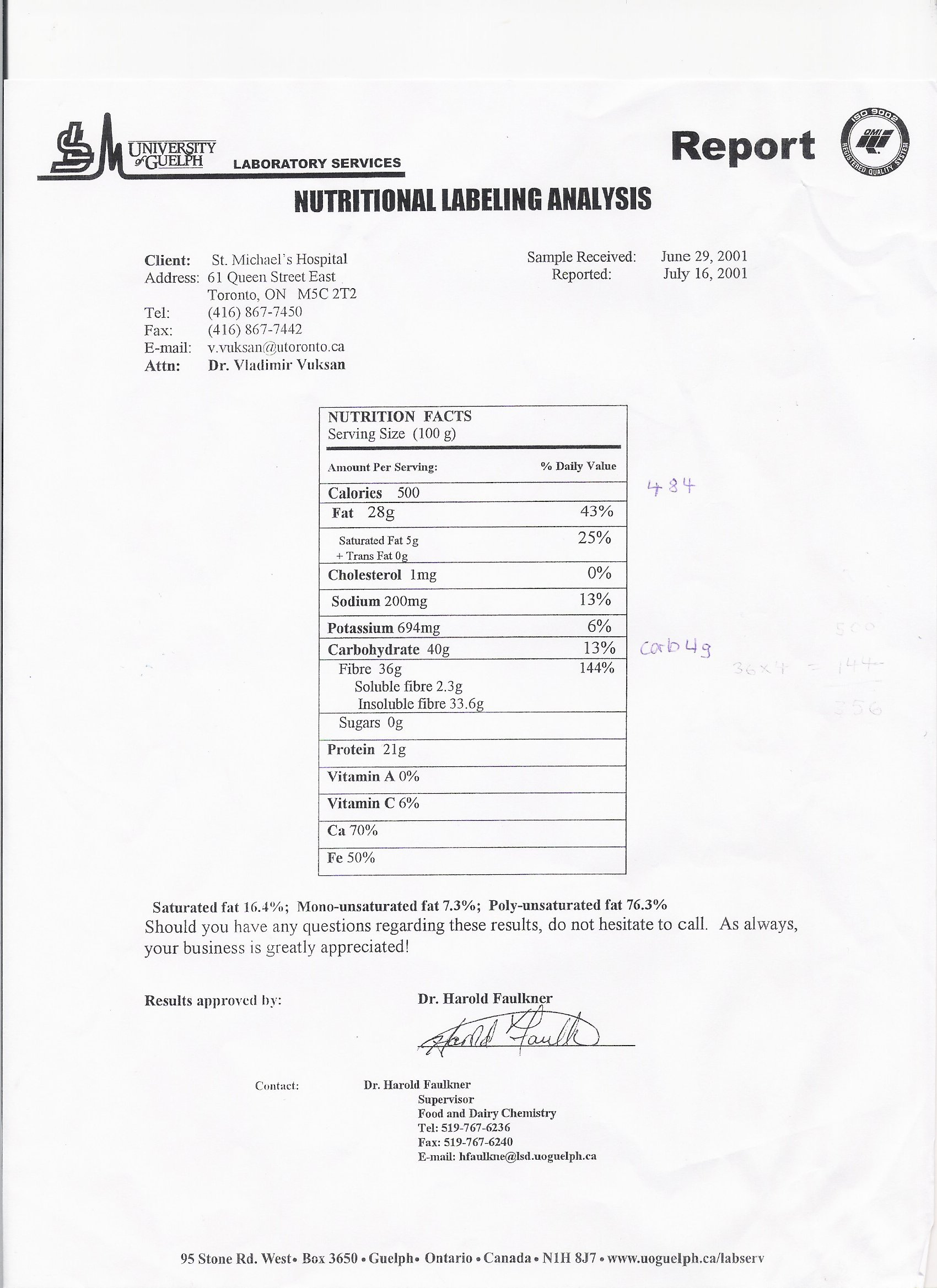 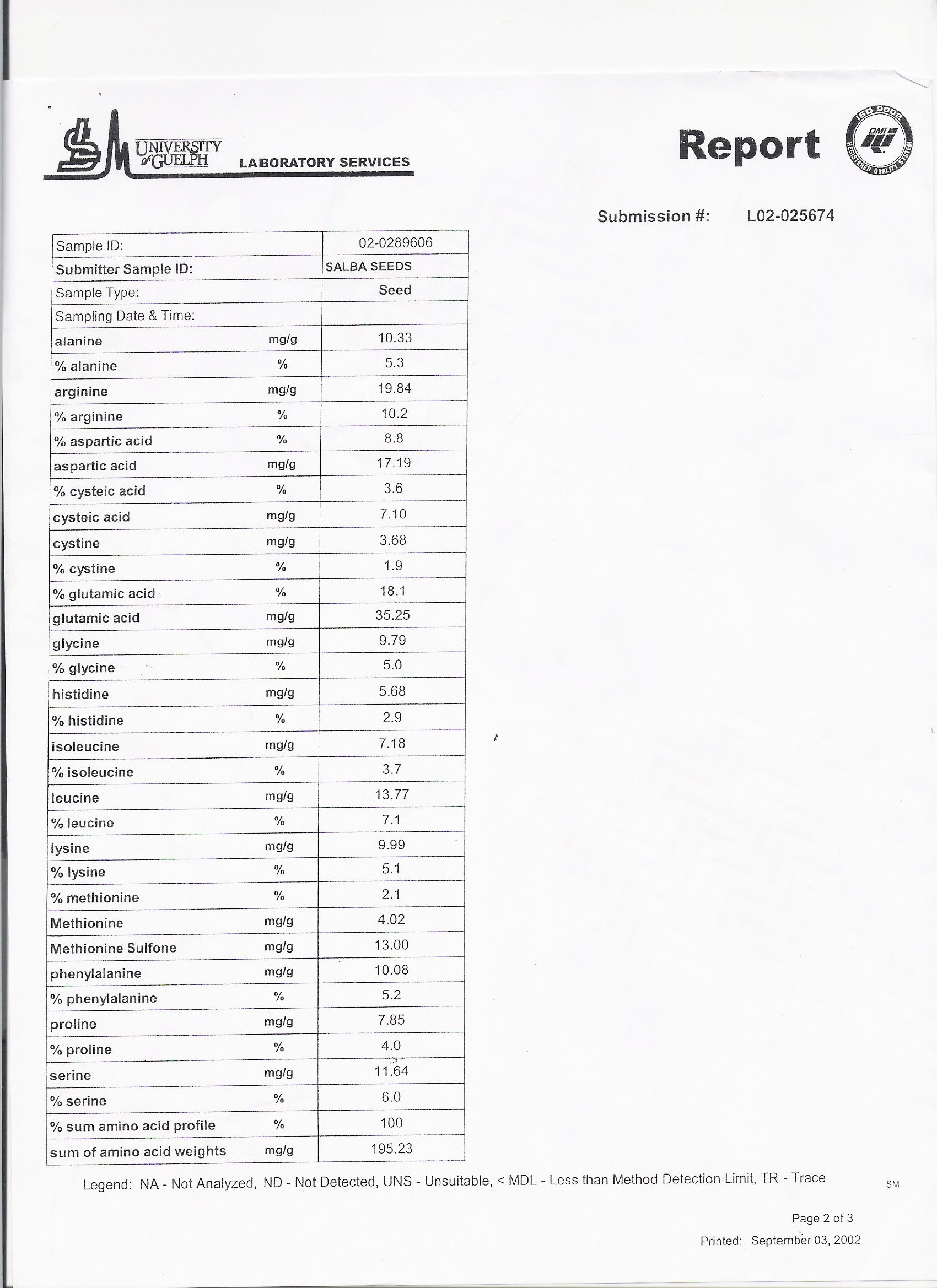 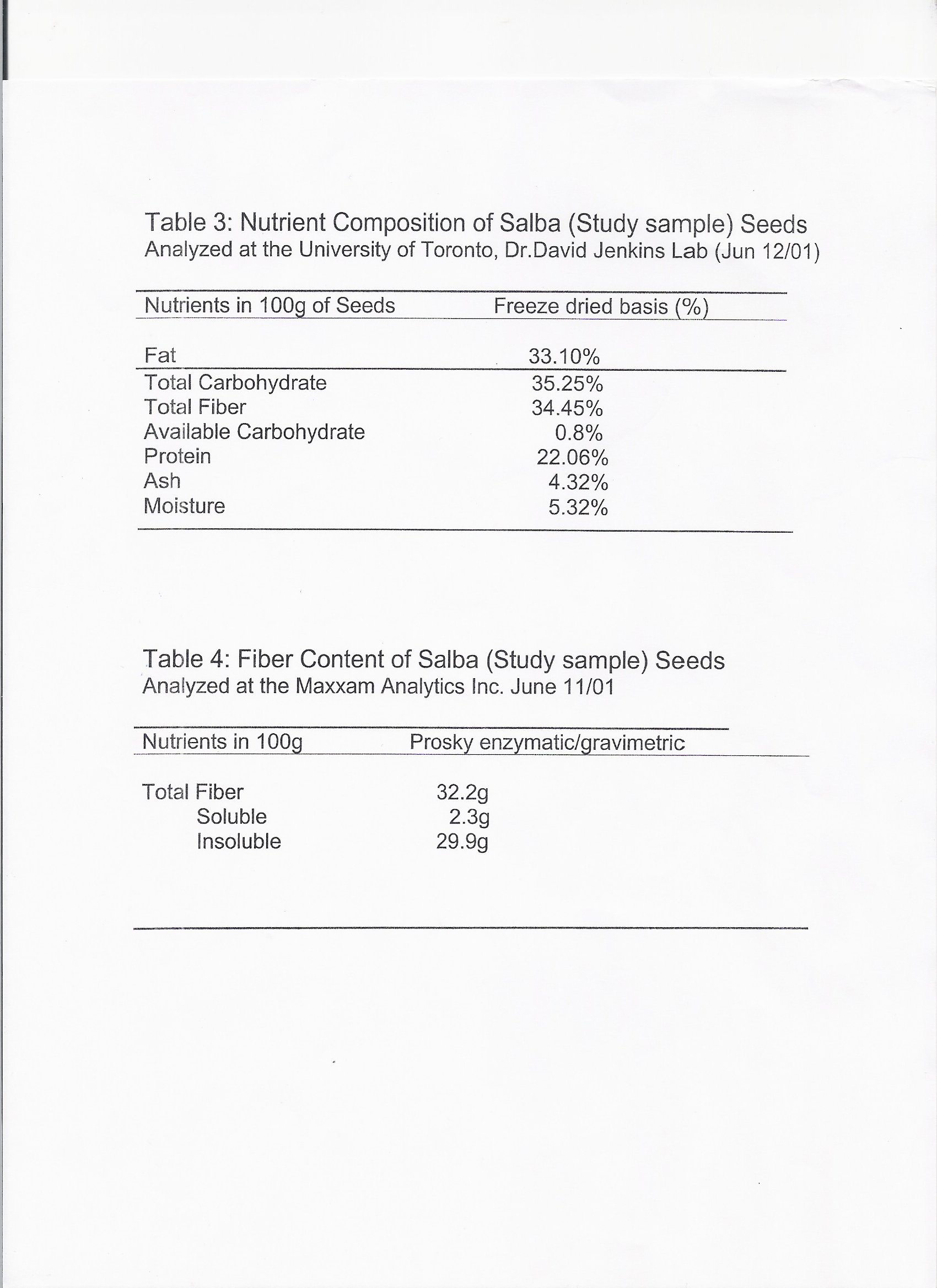 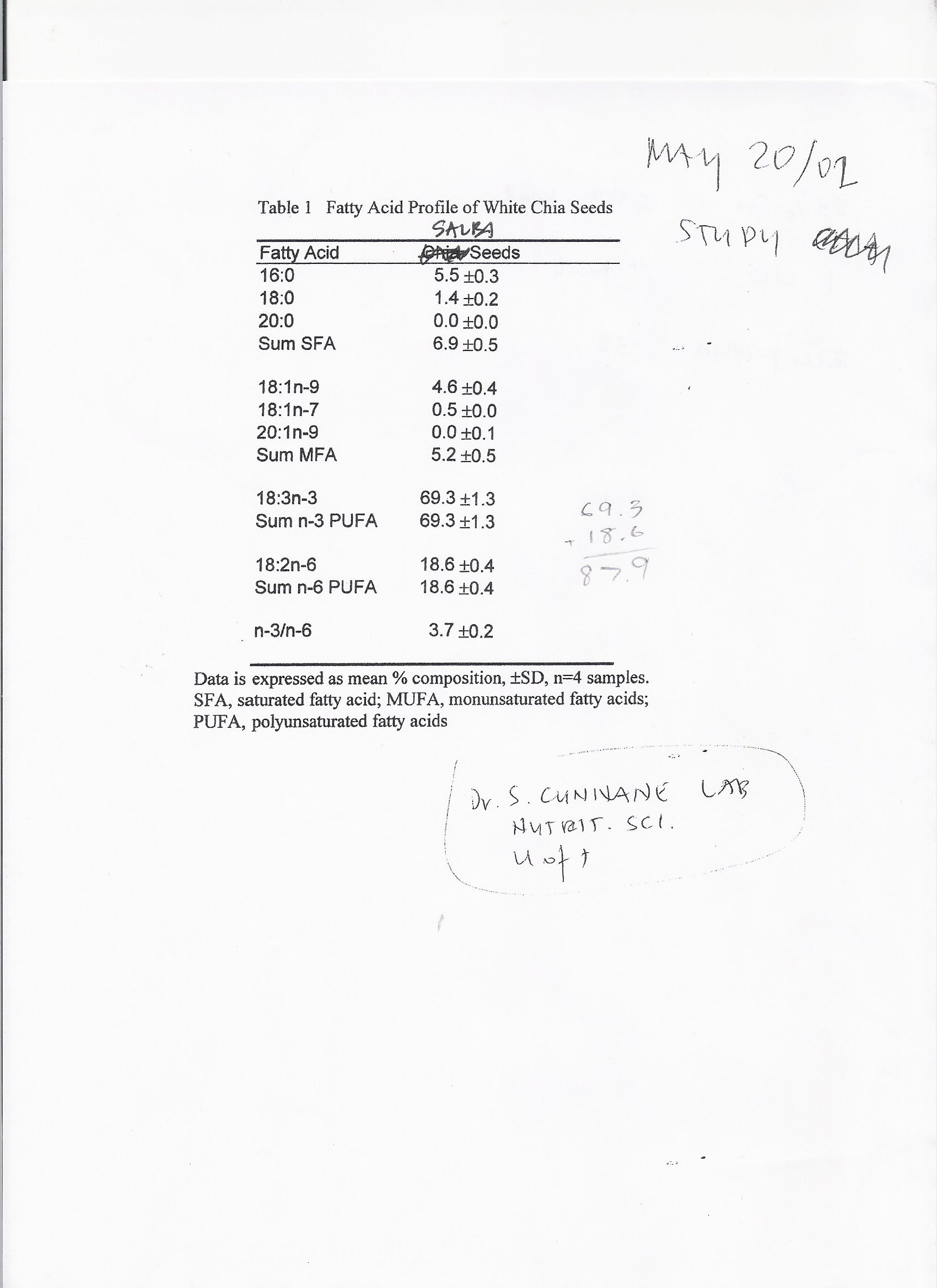 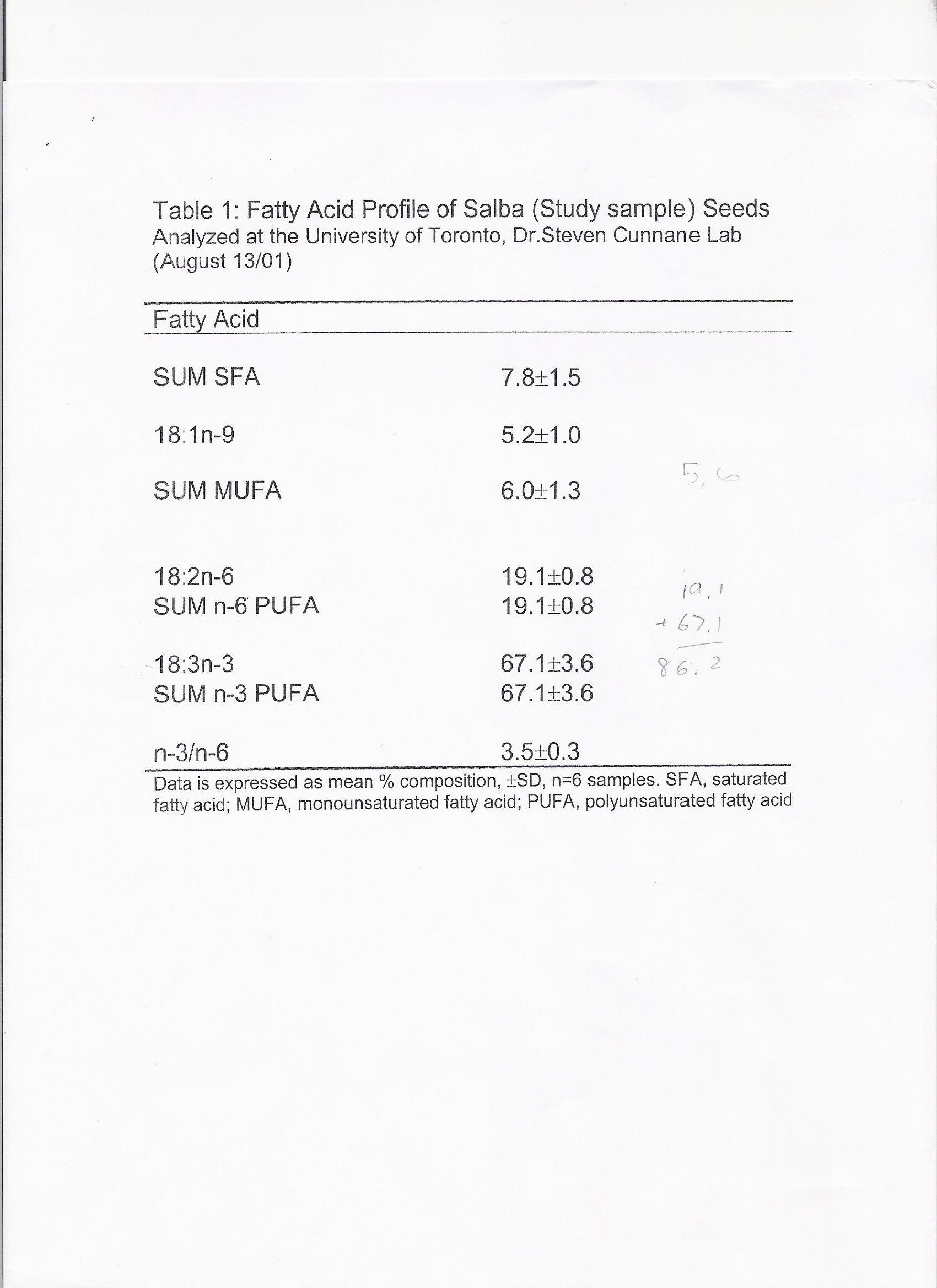 Making Education Easy Issue 7 - 2014 Welcome to the 7th issue of Fertility Research Review. This issue begins with the miracle of 2014 – a live birth after uterus transplantation from a postmenopausal donor. This is the culmination of a 20-year research programme and an extraordinary achievement. Live birth after uterus

A BRAZILIAN NEGLECTED DISEASE Jansen Fernandes Medeiros1, Felipe Arley Costa Pessoa2 and Luis Marcelo Aranha Mansonelliasis is a filariasis whose etiological agents are Mansonella ozzardi, Mansonella perstans and Mansonella streptocerca. Only the first two cited species occur in Brazil. M. ozzardi is widely distributed in Amazonas state and it is found along the rivers Solimões, Purus, Negro and their