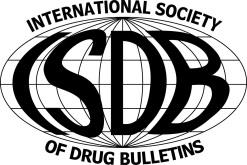 NORDIC COCHRANE CENTRE
PRESS RELEASE
Brussels, 24 June 2014 EMA's new policy on access to clinical data:
About to privatise pharmaceutical knowledge? The proof will be in the pudding

The European Medicines Agency (EMA) has made known that its controversial policy on access to clinical
data is to be adopted by mid-July 2014. In the aftermath of a public outcry that criticised the reversal of the
draft policy proposal, the agency now claims that it will implement a more "user-friendly" system for
researchers. Yet, serious concerns remain as other restrictive measures and legal loopholes are left
unaddressed.

In mid-May 2014, the EMA shared documents during a stakeholder consultation that indicated a watering down of its 2013 draft policy on access to clinical data by imposing systematic censorship by pharmaceutical companies, strict confidentiality requirements and wider restrictions on the use of the data (1). According to the European Ombudsman, such a policy reversal would provide a level of transparency
inferior to what is currently guaranteed by Regulation (EC) N°1049/2001 (a) (2). Glenis Willmott, European
Parliament Rapporteur for the EU Clinical trials Regulation (adopted in April 2014), has highlighted that "the
draft policy represents (…) a step away from the provision of the newly agreed clinical trials regulation" and
urged "EMA to work in the spirit of the measures laid down in the Regulation and not to set a worrying
precedent by setting up a separate system" (3).
Researchers and civil society groups have also called on the EMA not to backtrack on its previous commitments (1,4to8). Others have investigated the backdrop for such a reversal, questioning the
appointment of a new head of legal services with a long career in the pharmaceutical industry (9), and the
similarities between the new EMA policy and the out-of-court agreement that the agency had just reached
with AbbVie, a pharmaceutical company that had challenged the implementation of EMA's 2010 access to
document policy (10) (b).
A more "user-friendly" system? Improvements for some users yet legal loopholes remain

Following the public outcry, the EMA announced on 12 June that the management board has asked for the removal of the screen-only restrictions, granting the "possibility to download, save and print the trial data
to academic and non-commercial research purposes" (11). The policy is expected to be adopted through
written procedure by mid-July 2014. While some might herald these changes as a victory, we advise caution
and continue to have serious concerns about the proposed EMA's "redaction principles" and "terms of use",
which underlie this new policy.
"Terms of use": forcing data users to enter into legal agreements with pharmaceutical companies.
According to health law and policy experts, the EMA's "Terms of Use" document contains several serious legal loopholes (12). For example, users would have to "acknowledge […] that the Information is protected by copyright and proprietary rights (…) and can be considered commercially valuable", even though the notion of clinical data being protected by copyright is highly doubtful. In fact, case law supports access to data on the
a- Regulation (EC) No 1049/2001 establishes the fundamental right for EU citizens to access documents held by the European
institutions. It is a reactive policy: the applicant must request access to documents. Through the application of this legislation, the EMA
has released 2 million pages of clinical study reports and other internal documents, without requesters having to sign any confidentiality
agreement or a restrictive contract such as EMA's proposed "terms of use".
b- Several sections in the clinical study reports that were considered to be "open" in the 2013 draft policy are being considered as "may
be commercially confidential information" in the new policy (ref. 21,10). After gaining access to documents, researchers have confirmed
that there is "a significant overlap" between what the EMA has accepted to redact in its compromise agreement with AbbVie, and the
agency's draft policy on providing public access to drug company data" (ref. 10). The Ombudsman is investigating whether the
settlement has indeed directly affected the policy (ref. 22).
grounds of health-related human rights (12). Moreover, the EMA is also asking researchers to contractually agree that they can be sued under UK law, making it particularly easy for pharmaceutical companies to challenge them directly in court for violation of the EMA's terms of use (12). As MEP Willmott noted, "Forcing users into legal agreements with pharmaceutical companies could be very problematic" (13). "Redaction principles": allowing censorship by pharmaceutical companies. According to EMA's
proposed "Redaction Principles", companies would submit two different clinical study reports to EMA: a full
report that will be kept hidden by the agency; and a redacted report under the guise of protecting "commercial
confidentiality" that will be publicly available (1). Pharmaceutical companies are thereby granted the right to
choose which data they wish to censor from public scrutiny. Moreover, the application of a "commercially
confidential information" status grants the pharmaceutical industry wide and far-reaching data protection (12).
For example, companies will be able to withhold information on adverse reactions collected during clinical
trials. This leaves European citizens at greater risk for otherwise preventable harm.

The EMA must uphold transparency to defend public health

Having actively participated in the Agency's policy development process, our organisations re-iterate their commitment to full transparency. We provide our rationale below in an effort to encourage the EMA not
to succumb to pressures from pharmaceutical companies and the European Commission. We also urge the
EMA and the European Commission to respect the political will for increased transparency of clinical trials data
in the European Union, which was clearly demonstrated during the legislative process leading to the adoption
of the clinical trials regulation.
Clinical study reports (CSRs) are not third-party documents. The rationale behind the proactive draft
policy from 2013 was to help interested parties, so that they would no longer need to invoke the European Freedom of Information Regulation (Regulation (EC) N°1049/2001), when exercising their fundamental right to access documents held by the EMA (2). At present, one of the arguments used by the EMA to hinder full disclosure of clinical study reports (CSRs) is to claim that CSRs are a "third-party document". This is disputable. Even if prepared by the marketing authorisation holder, using data collected from clinical trial participants, patients and healthcare professionals, CSRs comply with regulatory requirements as to content and format and are a key component of marketing authorisation procedures. These data are in essence regulatory data, created for public interest use. When clinical study reports are received at the EMA, they become a "document held by the Agency". As the EMA is a European Institution, Regulation (EC) N°1049/2001 applies (1,2). Clinical trial data are public goods. Clinical trial data are public goods that belong to society, not to a
particular company (14). Patients taking part in clinical trials are willing to put themselves at risk also in the hope that their participation will benefit society through the advancement of science. The Declaration of Helsinki explicitly states: "Researchers, authors, sponsors, editors and publishers all have ethical obligations with regard to the publication and dissemination of the results of research. (…) Negative and inconclusive as well as positive results must be published or otherwise made publicly available." (15, article 36). Public access to clinical study reports allows for independent analysis, enhancing knowledge about the real benefits and harms of medicines, and helps prevent fraud and publication bias (examples of Tamiflu°, duloxetine, etc.) (16to18). If pharmaceutical companies, which have huge financial conflicts of interest, control access to the data, then the reliability and reproducibility of science cannot be assured. Commercial agreements (TRIPS) do not prevent from public access to data. In its response to the EU
Ombudsman, EMA's executive director, Guido Rasi, explained the reversal of the policy to be aligned with "the commission's clear message that we would also have to assure compliance with national and international obligations (…) including but not limited to the TRIPS [Trade Related Aspects of Intellectual Property Rights] agreements and copyright laws" (19). The EU Commission misinterprets article 39(3) of the TRIPS agreements. This article simply precludes competitors from using clinical data collected by other companies when applying for a marketing authorisation for their own product. In case of non-compliance, the dispute is to be settled at the World Trade Organization's dispute settlement body. Under no circumstances should article 39(3) be used to prevent public access to scientific data. In fact, an exception foresees the disclosure of commercially confidential information on the grounds of public interest (20). In summary. The EMA is a key public institution whose decisions have worldwide implications. We call
on the EMA to ensure that its final policy on access to clinical data improves public access to scientific evidence
about the effects of medicines on human health.
We also urge the EMA' management board members to:
-
postpone the adoption of this policy pending the outcome of the Ombudsman's enquiries;
refuse the move to privatise pharmaceutical knowledge and decline contractual agreements that
establish companies' rights over clinical data;
reject the release of censored documents, a practice which will prevent citizens access to the original
documents under Regulation (EC) N°1049/2001, thereby undermining EU citizens' fundamental right of
public access to documents. Alternatively, redirect EMA's human and financial resources to the truthful
and lawful implementation of Regulation (EC) N°1049/2001;
ensure that access to the data is guaranteed to the wider public, not only researchers and academics. If
the EMA limits access to a selected group of users, it will de facto be maintaining data secrecy.

About us
The Association Internationale de la Mutualité (AIM) is a grouping of autonomous, not-for-profit health insurance and
social protection bodies that operate on the principle of solidarity. Currently, AIM's membership consists of 42 national
federations representing 25 countries. In Europe, they provide social coverage against sickness and other risks to more
than 160 million people. AIM strives via its network to make an active contribution to the preservation and improvement
of access to health care for everyone. More infota
HAI Europe. Health Action International (HAI) Europe is a non-profit, European network of consumers, public interest
NGOs, health care providers, academics, media and individuals working to increase access to essential medicines and
improve their rational use through research excellence and evidence-based advocacy. More info: www.haieurope.org.
Conta
ISDB. The International Society of Drug Bulletins, founded in 1986, is a worldwide Network of bulletins and journals on
drugs and therapeutics that are financially and intellectually independent of pharmaceutical industry. Currently ISDB has
around 80 members in 41 countries around the world. More infoConta
MiEF. The Medicines in Europe Forum (MiEF) was launched in March 2002 and reaches 12 European Member States. It
includes more than 70 member organizations representing the four key players on the health field, i.e. patient groups,
family and consumer bodies, social security systems, and health professionals. It is a testament to the importance of
European medicines policy. Medicines are not merely consumer goods, and the European Union represents an
opportunity for European citizens to seek further guarantees of efficacy and safety. Conta
NCC. The Nordic Cochrane Centre is part of the Cochrane Collaboration, an international not-for-profit international
network of more than 28,000 dedicated people from over 100 countries preparing, maintaining and promoting the
accessibility of systematic reviews of the effects of health care. More information: Contact:

Crohn's Disease: A Brief and Elementary OverviewDayne SullivanGeorgia College & State University Follow this and additional works at: Recommended CitationSullivan, Dayne (2012) "Crohn's Disease: A Brief and Elementary Overview," The Corinthian: Vol. 13, Article 4.Available at: This Article is brought to you for free and open access by Knowledge Box. It has been accepted for inclusion in The Corinthian by an authorizedadministrator of Knowledge Box.