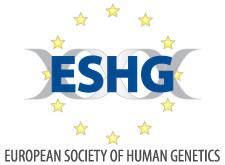 Genetic testing is increasingly essential to the diagnosis, treatment, predictive testing and management of a
wide range of diseases and health conditions, and is becoming a standard part of clinical practice in
mainstream healthcare. Examples of genetic testing are DNA tests to differentiate cancer types, to identify
the cause of increased cholesterol and neonatal screening for early recognition of treatable disorders.
The proposed Regulation 2012/0267(COD) is a necessary update to the governance framework for in vitro
diagnostic medical devices in the EU. However, we remain deeply concerned that proposals adopted
in the European Parliament's position on the draft Regulation, if enacted, could significantly restrict
access to clinically useful genetic testing technologies and restrict their wider uptake, thus having a
potentially detrimental impact on health.

We call on the European Parliament, Council of Ministers and the European Commission to demonstrate
their support for genetic testing technologies as an increasingly vital element in current and future
healthcare in the EU by modifying these proposals in trilogue negotiations, and finding a position that allows
clinical genetic tests to be available throughout Europe, while allowing Member States sufficient flexibility to
regulate according to the specific needs of their healthcare system.
We also call for the scope of the Regulation to exclude devices intended to be used for "indirect medical purposes".
Key concerns and proposed solutions
[References to articles and amendments refer to the European Parliament's text adopted at plenary on 22
October 2013]

1. Access to genetic testing
• Amendment 268 (Article 1 – paragraph 6) effectively introduces a requirement that all tests can
only be supplied with a prescription, regardless of the purpose of the test or the circumstances in which it is carried out. • Amendment 271 (Article 4a) proposes to establish very specific requirements for the use of
genetic tests, including mandatory genetic counselling and explicit consent before every test, and that such tests can only be conducted by qualified medical personnel.
These proposals do not take account of the variety of clinical circumstances in which tests are
carried out across the EU, and the increasingly routine use of tests in healthcare. Furthermore, a
legal opinion commissioned by the European Society of Human Genetics suggests that
Amendment 271 may go beyond the legal competences of the EU which are limited by the
principles of conferral, subsidiarity and proportionality.
The proposed amendments would restrict access to legitimate genetic testing in two ways: through limiting
who may offer the tests and mandating how tests are delivered.

For example, accredited and qualified genetic counsellors may no longer be able to administer tests to
help people gauge their risk of certain cancers and take preventative action, as they are not considered
medical professionals. Time-critical screening of newborn babies for genetic conditions could also be
delayed, leading to potentially serious health consequences, as the amendments would introduce a
requirement for a medical practitioner to prescribe and deliver tests.
These and further case studies detailed in the Annex below demonstrate that the proposed amendments
will have a profoundly negative health impact across most Member States.
We propose that:
• Medical genetic tests and their associated technologies should be available throughout the EU, subject to appropriate and proportionate regulation; • Member States should retain discretion over detailed provisions relating to the offer and delivery of genetic tests, through an approach that allows Member States sufficient flexibility to regulate according to the specific needs of their healthcare system within a framework of suitable EU minimum standards • Amendment 271 should be reviewed; we remain deeply concerned by the proposed approach, and are keen to explore in more detail approaches to mitigate our concerns that would achieve a compromise acceptable to all parties.
At Member State level we would support regulations that:
• Allow genetic tests to be offered by any appropriately qualified health professional; • Are proportionate such that the requirements applicable to genetic testing are commensurate with the potential risks and benefits of the test; • Allow for derogations from the requirement for a prescription where this can be justified on the basis of public health need and also for certain justifiable healthcare purposes.

2. Scope of the Regulation (Article 2 – paragraph 1 – point 1)
• Amendments 42 and 43 propose to widen the scope of the Regulation to encompass devices
intended to be used for "direct or indirect medical purposes" including "providing information concerning direct or indirect impacts on health".
These proposals would extend the scope of the Regulation to products having an ‘indirect' effect
on health through information provision, such as health and lifestyle ‘apps.' This is disproportionate
and is not supported by evidence of harm.
The inclusion of products having ‘indirect medical purposes' ‘providing information concerning
indirect impacts on health' would lead to lack of clarity regarding which devices are within scope
and which are not. This uncertainty could lead to delays in accessing innovative products, such as
personalised medicine, with the potential to enhance the quality and efficiency of healthcare and the health
of individuals, without a corresponding contribution to improving patient safety. The development of apps
and other software is a dynamic area of innovation which should be regulated proportionately. Without
additional clarity this amendment could unduly impact on the competitiveness of the EU in this sector.
Attempting to regulate such a broad range of products would be resource-intensive, and potentially
unworkable.
We propose that:
• The scope of the Regulation should not include devices intended to be used for indirect medical purposes. We remain opposed in principle to Amendments 42 and 43; at minimum we would call for trilogue to explore approaches to clarify the scope of the Regulation, in order to address our concerns. 3 Pursuant to Article 5 and Article 6 of the Treaty on the European Union Annex: Case studies illustrating potential impacts of European Parliament's proposed genetic
testing provisions
Case studies 1 and 2 illustrate real-life situations in which the proposals could impact on genetic testing availability, with corresponding impacts for health Case study 1: Newborn screening
Case study 1 illustrates that current public health programmes use genetic testing without counseling and
prescription. Amendment 271 (article 4a) and Amendment 268 (Article 1 – paragraph 6) risk delay of
diagnosis and treatment in infants.
In most jurisdictions in Europe, newborns after 48 hours undergo newborn screening (NBS) for PKU
(phenylketonuria) and several other disorders, most of which are genetic conditions. Early treatment helps
to avoid irreversible damage such as developmental delay and sudden death. Treatments for these
conditions include diet (for PKU) and medication (e.g. for congenital adrenal hyperplasia). Time is of the
essence: the health care workers should be able to take the blood sample as soon as possible. In many
EU countries the parents receive general information about NBS and the conditions included, and can give
oral consent, but an obligation to see a clinical geneticist before NBS currently does not exist in any EU
country. It would lead to delays in testing and thus delay treatment and result in potentially serious health
damage for infants.

Case study 2: Genetic screening in HIV treatment using abacavir
Case study 2 illustrates use of genetic testing in pharmacology to avoid serious side effects. No
counseling is needed here. Amendment 271 risks reducing fast and effective drug prescription and
prevention of side effects.
In persons who are positive for HIV infection, the antiretroviral drug abacavir may be prescribed. Some
persons will develop a severe side effect. Hypersensitivity is associated with a genetic variant (HLA-
B*5701). Before use of abacavir therefore a pharmacogenetics test can be performed, and persons with
HLA-B*5701 can be excluded. The other >90% of the population can safely take abacavir.
Case studies 3, 4 and 5 illustrate real-life (cases 3 and 4) and hypothetical situations (case 5) where both genetic test availability and the mode of delivery could be impacted upon by these proposals Case study 3: The Genetic Counsellor and genetic testing
Case study 3 demonstrates that genetic tests are currently ordered by genetic counsellors in the UK in the
NHS (who are not medics)

Mrs Smith is a healthy 34 year old woman referred for genetic counselling by her family doctor. Due to her
family history, Mrs Smith is concerned that she might be at risk of developing breast and/or ovarian cancer
in the future. A Principal Genetic Counsellor is assigned Mrs Smith's case. The genetic counsellor (GC)
has been assessed as having competency to practice by the UK Genetic Counsellor Registration Board.
The GC meets Mrs Smith to take a full family history from her. After confirming the validity of the history,
the GC applies standard protocols to determine if Mrs Smith meets the criteria for genetic testing (she
does). The GC explains to Mrs Smith the options with regards to predictive genetic testing and explores
the meaning of potential results (‘genetic counselling'). The GC arranges for blood to be taken and orders
an appropriate genetic test. On receipt of a positive result (i.e. Mrs Smith does indeed have a confirmed
genetic predisposition to developing breast and/or ovarian cancer); the GC returns these results to Mrs
Smith and refers her for appropriate cancer screening and to discuss risk reducing surgery.

Case study 4: The Lipid Clinic and genetic testing
Case study 4 demonstrates that genetic tests are appropriately ordered without the need for a full consent
process nor extensive genetic counselling
Mr Brown is a 43 year old man who has been referred to the Lipid Clinic at his local hospital by his GP
because he has high cholesterol, high blood pressure and a small family history of atherosclerosis. The
multi-disciplinary team who see Mr Brown include both medics and specialist nurses. As part of the
diagnostic workup, Mr Brown's doctor orders a genetic test for familial hypercholesterolemia. This test is
not accompanied by genetic counselling nor an extensive consent process – it is simply one of several
tests that are done to confirm a clinical diagnosis in a patient who is exhibiting symptoms. On receipt of a
positive test result, indicating that Mr Brown does indeed have familial hypercholesterolemia, the clinical
nursing specialist arranges to see Mr Brown to discuss cascade testing amongst his relatives.

Case study 5: Carrier testing prior to conception
Case study 5 demonstrates the use of genetic testing in an IVF clinic and the implementation of genetic
counselling post-test rather than pre-test
Mr and Mrs Sturdy have been trying to conceive for over three years, and are considering the use of
assisted reproductive technologies. At their local IVF clinic, as part of the pre-procedure work up, they are
offered a screen for over 100 different recessive conditions. Such a test could identify if they are a carrier
for a genetic condition (carriers are by definition unaffected themselves). Being a carrier is only a problem
if both parents carry the same condition, in which case they would have a 1 in 4 chance of passing this on
to their future children. Extensive pre-test genetic counselling to explore the implications of 100+ different
conditions is not practical as even if each condition took 3 minutes to explain this would need 5+ hours of
discussion. The consent process prior to the screening test is therefore quick – Mr and Mrs Sturdy are
simply informed that a selection of rare genetic conditions is being explored. If and when anything
significant is revealed from the test, genetic counselling will be implemented to explore the significance of
this and the risks to future children.