The fifth report covers lithium-ion batteries (LiBs),which will play a major role in the realization of a Front-Line Report: Hideaki Miyata
clean, renewable energy society. ITOCHU has President and Representative Director, worked together with Group companies to Social System Design Co., Ltd.
concentrate marketing, technical development, raw Professor Emeritus, material procurement, and logistics capabilities. In The University of Tokyo this way, ITOCHU and Group companies are Representative Director, cooperating to establish a supply chain that will The SB Research Group, Incorporated increase the presence of LiBs.
*About the picture Representative Director, From 2010 to 2012, demonstration tests were conducted for Forum for East Japan Smart City Project FamilyMart's "Tsukuba Kenkyu Gakuen-ten." These testsdemonstrated the successful storing of energy from photovoltaic(PV) power generation and the rapid charging of electric vehicles(EVs).
Small LiBs for electronic equipment, which were first commercialized in 1991 by Japanese manufacturers, have become commodities.
Now, change on a larger scale is being driven by an unfolding paradigm shift—that electricity can be stored. Large LiBs for stationaryor vehicular use are about to change business, and the world. I went to the front lines to investigate how the ITOCHU Group istackling this challenge.
Akira Yoshino, the inventor of LiBs, said that maybe it would have been better not to use the name "batteries." With LiBs, themechanism for the storage of electricity is entirely different from conventional batteries. In LiBs, charging and discharging occurthrough the movement of lithium ions in the gaps between the cathode and the anode when voltage is applied, rather than through achemical reaction as with conventional batteries. 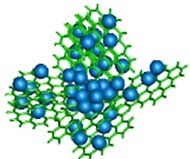 Lithium Resource Development
Currently, three companies that produce lithium at brine lakes in South America have a combinedshare of about 70% of the global lithium market. Simbol Materials (SIM), based in California, hasindependently developed innovative, breakthrough technology to recover and commercializelithium from spent geothermal brine used in geothermal power generation facilities. SIM'sexclusive production method, which is not influenced by the weather, makes it easy to expandfacilities in comparison with the method used in South America, which requires solar evaporation.
Accordingly, SIM's method facilitates further gains in cost competitiveness through increasedproduction capacity.
ITOCHU, which invested in SIM in June 2010, is now working to provide lithium compounds forvarious applications. These applications include cathode materials and the electrolytes in Geothermal brine well in southern electrolytic solution, which are core components of LiBs, as well as other commercial applications.
Cathode Material Production
Location: Toda Kogyo Corp.
Capital / business partnership agreement concluded in December 2012. Equity-method affiliate of ITOCHU. Toda Kogyo and
ITOCHU are operating a joint venture that is engaged in the manufacture and sale of cathode materials in North America and
China.
In addition to lithium, cathode materials also contain manganese, cobalt, nickel, and othercomponents. The performance and lifespan of LiBs are determined by which of these componentsare combined to make the cathode materials. Accordingly, the design and production of cathodematerials plays a central role in the production of LiBs. The production processes for cathodematerials are dissolution, reaction, drying, mixing, firing, and pulverization. Any contaminationby foreign substances will have a critical influence on the product's lifespan and safety.
Consequently, this contamination must be avoided. That is why production sites are kept as cleanas food factories, including high-precision checks that use electromagnets to preventcontamination by iron.
In Japan, lithium and other raw materials for cathode materials are almost all imported.
Raw materials are mixed and accordingly, ITOCHU's procurement supply chain, which handles lithium from SIM, has a key role placed in the container, which is to play in supporting Toda Kogyo's world-class production technologies.
then transferred to the firingmachine, which functions like anoven.
Anode Material Production
Location: Kureha Battery Materials Japan Co., Ltd. (KBMJ)
Established as a joint venture between ITOCHU and KUREHA Corporation in April 2011. Equity-method affiliate of ITOCHU. In
2012, KURARAY Co., Ltd., and The Innovation network Corporation of Japan became shareholders. In addition to the
production of anode materials, KBMJ also has one of the world's top shares in the production of the binder that is used in the
production of electrodes.
When voltage is applied to charge LiBs, lithium ions move from the cathode to the anode.
Performance characteristics, such as the charge capacity, power, and durability of the battery,depend on how the lithium ions are stored in the molecular structure of their destination, theanode.
Anode materials look like black carbon powder, and the processes for anode production—granulation, heat treatment, pulverization, and firing—are completely automated. Theseprocesses incorporate KBMJ's valuable know-how, and by designing and producing a distinctivespace known as the cluster structure, KBMJ is manufacturing products that meet the increasinglyadvanced needs of LiBs. In the future, KBMJ will strive to use its abundant experience andtechnical capabilities to develop anode materials made from coconut shells and other plant-derived materials. In this way, KBMJ plans to address growing demand and the need to reducecosts.
Cluster structure

LIABILITY AND ACCIDENTS INSURANCE 1. INSURED This contract of insurance guarantees the payment of compensation for which theinsured user of the bike is legallyliable, to the limits per claim and year, for damages caused to third parties as a direct result of the use of bicycle, of injury (in people) and / or material damage (in goods). It will be indispensable to be previously registered as subscribers of the bike rentalsystem, in whatever form of payment, fulfilling the requirements specified in the Special Conditions. 2. LIABILITY LIABILITY LIMITS Limitfor insurance annuity: 1.200.000,00 € Limitfor accident-injury: 300.000,00 € Limit foraccident- material damage: 50.000,00 € The sub-limits of the sum insured specified in thisClauseare "part of" and not "in addition to" the maximum insured amount to compensate for insuranceannuity. Attached General and Specific Terms. 3. ACCIDENTS COVERAGE AND DEFINITIONS DEATH BY ACCIDENT- death means the loss of life of the Insured during the term of the insurance policy directly caused by an accident, which happened to occur the same time or subsequently supervening in evolution of lesions caused by the same accident within two years. PARTIAL PERMANENT DISABILITY BY ACCIDENT - permanent disability directly caused by an accident, that will produce permanent and irreversible anatomical or functional loss which reduces their capacity Permanent Total and Absolute. Attached General and Specific Terms.