Using a multi-stakeholder approach to improve governance in pharmaceutical procurement 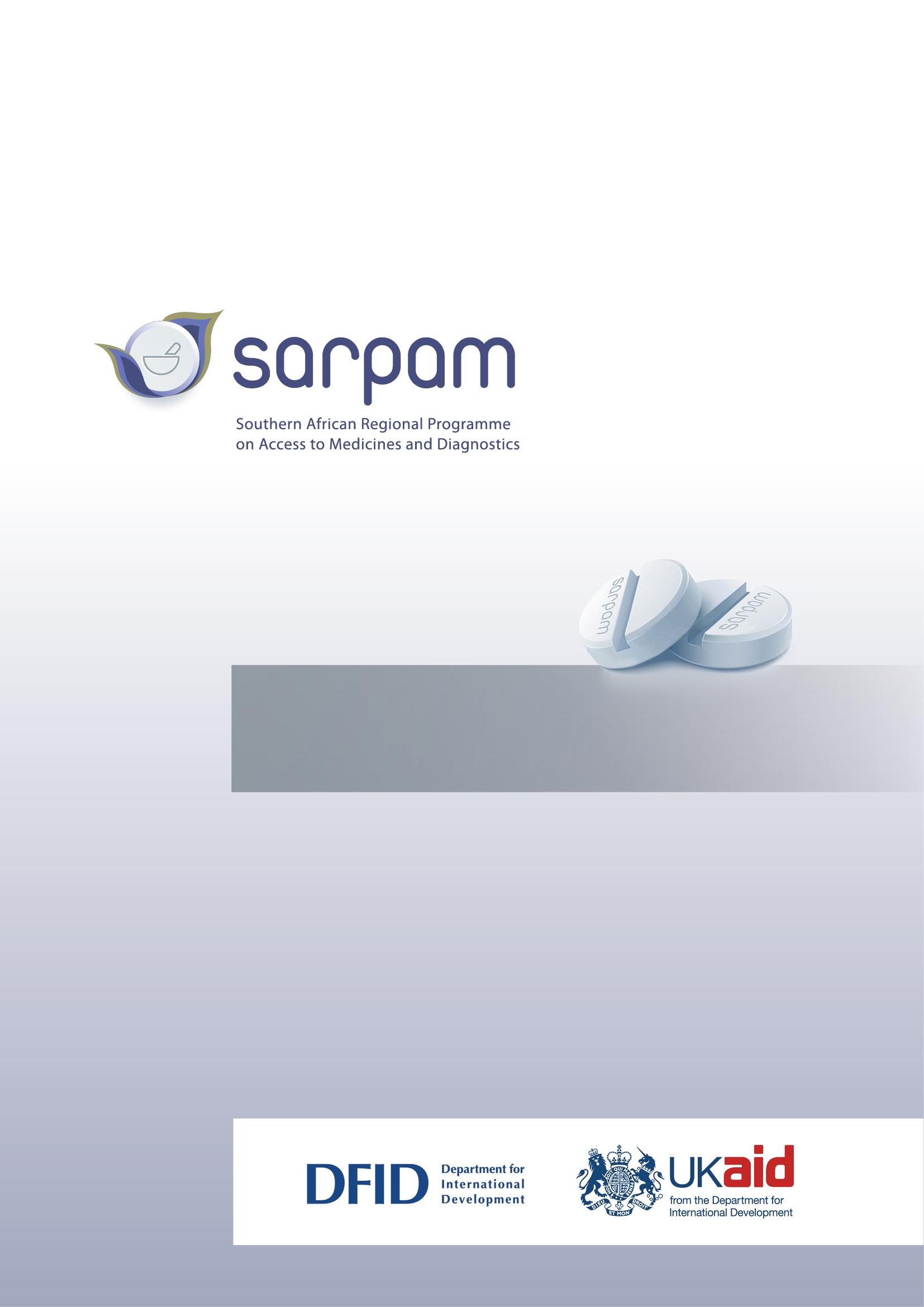 THE ZAMBIA CASE STUDY REPORT
on Documented Evidence that Civil Society is Influencing Pharmaceutical Policies and Decisions Relating to Access to Medicines in SADC Countries. October 2013
Disclaimer:
This document has been prepared for the UK Department for International Development. Re-Action Consulting (PTY) Ltd. and its
sub-contracted partners in the Responsible Action Consortium accept no responsibility or liability for the consequences of this
document being used in ways that are not responsible or for a purpose other than those for which it was commissioned. Any
agreement, to indemnify Re-Action Consulting and its sub-contracted partners for all loss or damage that might result.
The report should not be relied upon or used for any other project without an independent check being carried out as to its
suitability and the prior written authority of the Responsible Action Consortium.
We accept no responsibility or liability for this document to any party other than the entity by which it was commissioned.
To the extent that this report is based on information supplied by other parties, we accept no liability for any loss or damage
suffered by the client, whether contractual or tortuous, stemming from any conclusions based on data supplied by parties other
than Re-Action Consulting (PTY) Ltd and used by the Responsible Action Consortium sub-contractors in preparing this report.
SARPAM: ZAMBIA CASE STUDY REPORT
Table of Contents
Abbreviations & Acronyms . 4 1. Introduction. 5 2. The Role of Civil Society . 6 3. The TENDAI Project and the CAFs . 7 4. Zambia: Country Background . 10 5. Civil Society Engagement of Policy Makers and Implementers . 11 6. Stories of Impact in Zambia . 13 Story 1: Medicines Stock-outs. 14 Story 2: Health Facility Infrastructure, Stockouts and Human Resources . 16 Story 3: Load Shedding by ZESCO . 18 Story 4: Medicines Supply Chain Management . 20 7. Conclusion . 22 8. Appendix . 23 List of Tendai Project and CAF Co-ordinators . 24 Consumer Action Forum ToRs . 25 Tendai Project Management Dashboard for October 2012 . 28 Zambia Scorecard for March 2013 . 30 Zambia Scorecard for July 2013 . 31 SARPAM: ZAMBIA CASE STUDY REPORT
Abbreviations & Acronyms
Acquired Immune Deficiency Syndrome Centre for Diseases Control and Prevention Centre for Infectious Diseases Research in Zambia Community Officer Civil Society Organisation Department for International Development District Medical Officer Essential Medicines List Heavily Indebted Poor Countries Human Immuno Deficiency Virus Millennium Challenge Corporation Memorandum of Understanding Non-Communicable Disease Out Patient Department People Living with HIV and AIDS Prevention of Mother to Child Transmissions Southern African Development Community Southern African Regional Programme on Access to Medicines and Diagnostics Treatment Advocacy and Literacy Campaign Tracking Essential National medicines and Diagnostics Access Initiative United Nations Children's Fund World Health Organisation Zambia Electricity Supply Commission Zambia Health Community Initiative SARPAM: ZAMBIA CASE STUDY REPORT 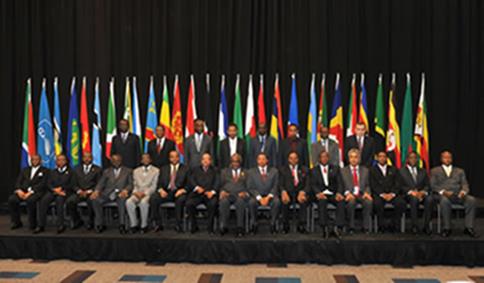 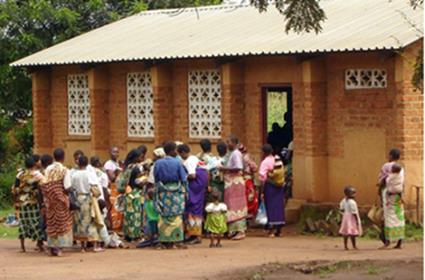 1. Introduction
The Southern African Regional Programme on Access to Medicines and Diagnostics (SARPAM), funded by the UK Department for International Development (DFID), aims to promote a more efficient and competitive market for essential medicines in order to meet the health needs of poor and underprivileged people in the Southern African Development Community (SADC). SARPAM was designed in consultation with Member States, the SADC Secretariat and other stakeholders, to respond to identified gaps in the pharmaceutical markets of Southern Africa, including market failures, which result in uncompetitive drug pricing and unreliable availability of medicines. SARPAM is operating through various programme components known as Partnerships for Action (PACTs) that focus on Pooled Procurement, Harmonised Regulation, Market Innovations and Investments, Trade and Intellectual Property Rights, Capacity Building and Technical Support to the SADC Secretariat. Civil Society seeks to bridge the gap between the SADC leaders and the ordinary citizens
The Civil Society PACT's main focus is to ensure that there is strengthened institutional architecture and partnerships to improve access to medicines in the SADC region. One of the key outputs of the programme is an increased voice and influence of civil society reflected in policies on access to medicines and diagnostics in Southern Africa. Civil Society contributions will add value and supports the purpose and actively participates in pursuit of the objectives of SARPAM and the principles of the SADC Pharmaceutical Business Plan. Specifically the Civil Society Pact has also committed itself to ensure that case study reports shall be produced to demonstrate documented evidence that civil society is influencing pharmaceutical policies and decisions relating to access to medicines in the Southern Africa Development Community (SADC) countries. This case study report presents stories that outline the impact that Civil Society has had in Zambia with a focus on activities undertaken in the last 12 months, from September 2012 to September 2013. The stories outline how SARPAM: ZAMBIA CASE STUDY REPORT
advocacy work has brought about direct and indirect changes to policies, processes, attitudes and structures that have in turn improved citizens' access to medicine and healthcare in Malawi. The stories in this case study tell how community monitors in Zambia are influencing access to medicines at local facilities through advocacy work as part of the TENDAI project. The stories also speak of the influence advocacy work has begun to exert in these domains bringing about positive signs for sustainable change and improvement. Over the past 12 months, this initiative has had tremendous success and this case study report therefore presents narrative based evidence of the success that Civil Society has had with regard to advocacy thus far in Zambia. 2. The Role of Civil Society
Civil Society Organisations (CSOs) are critical actors in the advancement of universal values around human rights, the environment, labour standards and anti-corruption. As global development integration has advanced, their role has gained particular importance in aligning economic activities with social and environmental priorities. By its very nature, Civil Society plays the role of being the ‘voice of the voiceless', a public watchdog that helps to highlight the shortcomings of the local government. These organisations are usually able to enter into communities whose daily hardships often go unnoticed by those in public administration. This then helps the government to keep track of both the quantity and quality of its performance from a public point of view. As such, the monitoring of policy implementation and service delivery by the government is a role that Civil Society always seeks to fulfil with excellence. Civil Society organisations have been an integral part of SARPAM since its inception. Their local perspectives, expertise and partnership-building capabilities are indispensable in the evolution and impact of developmental SARPAM: ZAMBIA CASE STUDY REPORT 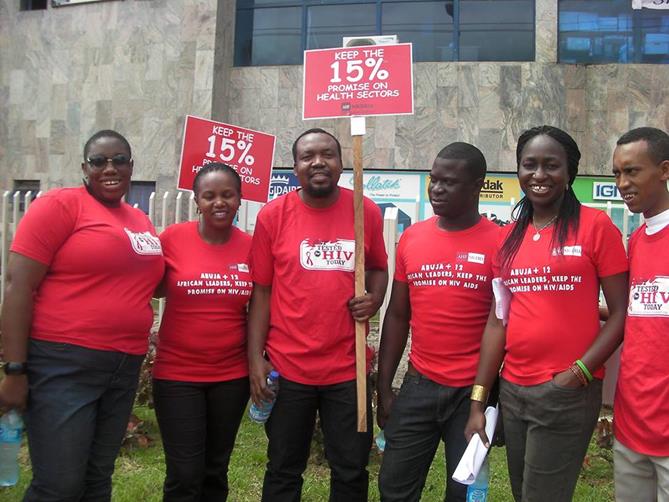 African civil society protest at the Abuja+12 meeting in July 2013
In this regard, SARPAM supports Civil Society advocacy initiatives that offer the potential to strengthen the capacity of regional institutions and civil society to implement joint plans that will achieve agreed results through multi- stakeholder action across countries in the region. In particular, Civil Society has to date rolled out two major initiatives that seek to enhance consumer action and interventions in order to help improve access to medicines for the ordinary majorities in the SADC region. The first of such initiatives is the TENDAI Project (Tracking Essential National Medicines and Diagnostics Access Initiative), which utilises a mobile data collection system to monitor community level health care centres by the civil society members on access to medicines. The second, and more recent initiative is the establishment of country level Consumer Action Forums (CAFs). The forums seek to positively influence the pharmaceutical market, including the demand for medicines and their rational use and advancing access to more affordable medicines. 3. The TENDAI Project and the CAFs
TENDAI, which also means Thank You in Shona, is a civil society initiative under SARPAM that facilitates community- level collection and use of transparent information about medicines availability, price, quality and resources across Southern Africa. It was initiated in 2010 and it partners with local CSOs in participating countries and uses mobile phones to collect information which is compiled and used as evidence in advocacy campaigns to improve service delivery at those SARPAM: ZAMBIA CASE STUDY REPORT 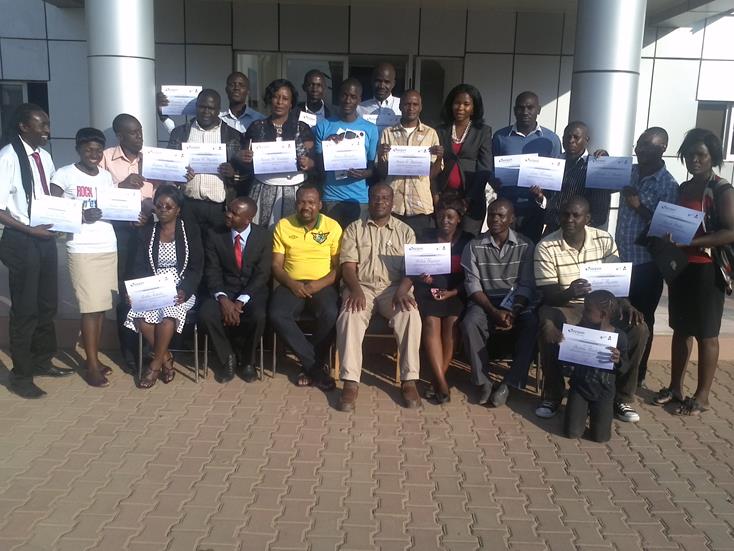 Tendai Project Zambia Community Monitors in September 2013
To date the Tendai Project has undergone three different programme phases. The first phase was piloted between July 2011 and August 2012 and it focused mostly on the local health facility monitoring and mobile based data collection process. The second phase was between September 2012 and August 2013. It focused on moving beyond the monitoring and data collection process and invested in civil society led advocacy interventions. As from September 2013 the project moved into the third phase that includes a more influential co-ordination role from the country level Consumer Action Forums (CAFs) as its main focus. The CAFs seek to positively influence the pharmaceutical market, including the demand for medicines and their rational use and advancing access to more affordable medicines. The process of establishing the CAFs is now underway. Towards the end of 2012, SARPAM assisted in the setting up of the CAFs Malawi, Tanzania, Zambia and Zimbabwe. During 2013 more CAFs have established in additional SADC countries. It is anticipated that by the end of December 2013, each SADC country will be having a CAF in one level or SARPAM: ZAMBIA CASE STUDY REPORT 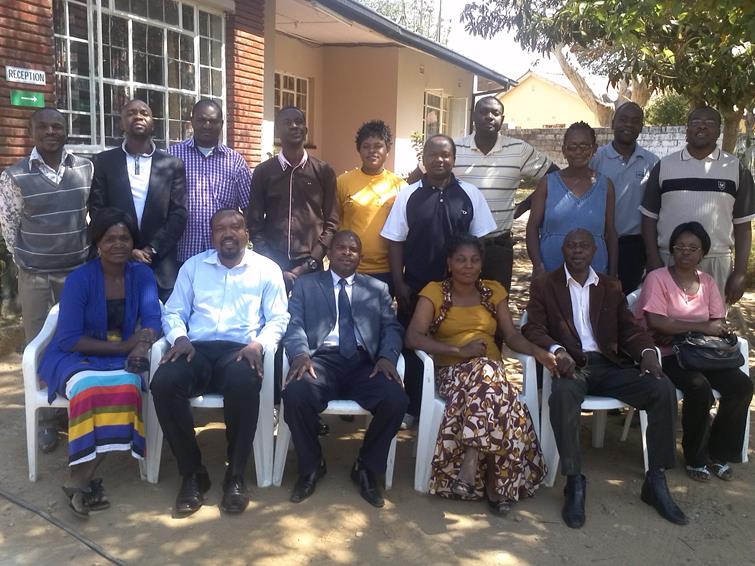 Participants at the CAF Zambia review meeting in Lusaka in September 2013
Crucially, SARPAM has stepped up efforts to formally set up the SADC regional CAF. This process was initiated at a regional civil society meeting in June 2012. It will culminate with the formal launch meeting at Johannesburg of the regional CAF in mid-December 2013. The CAFs are an essential aspect of SARPAM's exit plan and transfer of ownership of civil society advocacy to the local context. The CAFs, with their intent being sustainability, are expected to be the torchbearers for advocacy action, promoting scaled-up access to essential medicines beyond SARPAM after December 2014. SARPAM: ZAMBIA CASE STUDY REPORT 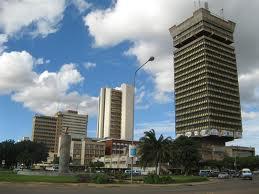 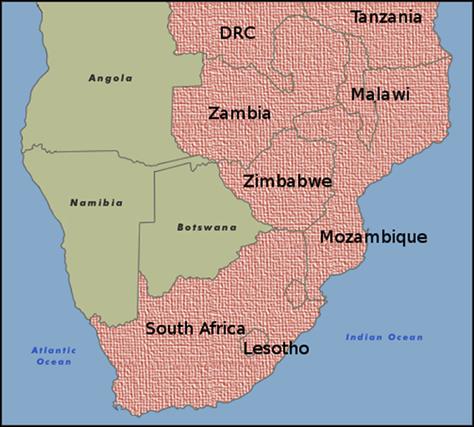