Abstract
A pair of live Fasciolopsis buski wriggled their way out through the ileostomy opening in a young adult male who had recently migrated to
Delhi and had met with a road traffic accident. Finding this parasite in the national capital, a non endemic area for Fasciolopsiasis, prompted
us to emphasize the importance of changes in the ecology, human demography, and human behaviour that may provide an environment
conducive to their adaptability to the new geographical requirements. Awareness of Fasciolopsiasis, which is endemic in some regions of
India, especially in rural settings, is an important issue because early diagnosis is essential. Hence, a surveillance mechanism among the
migratory population to institute preventive interventions is necessary.

J Infect Dev Ctries 2010; 4(6):401-403.
(Received 3 July 2009 – Accepted 30 November 2009) Copyright 2010 Mahajan et al. This is an open-access article distributed under the Creative Commons Attribution License, which permits unrestricted use,
distribution, and reproduction in any medium, provided the original work is properly cited.
Introduction
Fasciolopsis buski (F. buski), also called giant give history of passing greenish yellow, extremely intestinal fluke, is a duodenal digenetic trematode, of malodorous stools and there may be associated the Fasciolidae family. It was described for the first edema of the face and limbs, generalized abdominal time by Busk in the duodenum of a sailor in 1843 in pain, ascitis and even death [4]. Adult worms at the London and its life cycle in humans was first site of attachment cause deep inflammatory described by Barlow in 1925 [1]. F. buski is found ulcerations and their metabolites on absorption may mainly in southeast Asian countries including India. also induce toxic and sensitization reactions. It seems to be restricted to areas where water plants The present case is first of its kind where an such as water chestnut, water caltrops, water bamboo, ileostomy opening acted as a corridor for the escape etc. are cultivated and in communities that consume of adult Fasciolopsis buski. these water plants uncooked. Aquatic snails act as intermediate host for the Case report
parasite and harbor the infective metacercariae that An 18-year-old boy fell down from a moving encyst on water plants after being released into the vehicle and was brought to the surgical emergency of water. The mature fluke develops and starts laying our hospital. In the accident, he sustained a fracture at eggs within three to four months after infective the neck of the femur as well as a blunt injury to the metacercariae have been ingested [2]. Two species of abdomen, resulting in peritonitis. Ultrasonography the snails, Segmentina (Polypylis) hemisphaerula and abdomen revealed a significant amount of free fluid Segmentina (Trochorbis) trochoides, have been in the peritoneal cavity. particularly found to play an important role in disease The patient was taken for an exploratory transmission. Though pigs and humans both act as laparotomy. About a 20 cm length of ileum was definitive hosts, pigs appear to be the only reservoir found gangrenous and an ileostomy was undertaken of infection [3]. after resecting the dead portion. About 500 ml of Clinically, fasciolopsiasis may present with fecal fluid was also removed. occasional loose stools, loss of weight and abdominal About one month after the surgery, while pain. As the worm burden increases, the patient may replacing the ileostomy bag with a fresh one, the 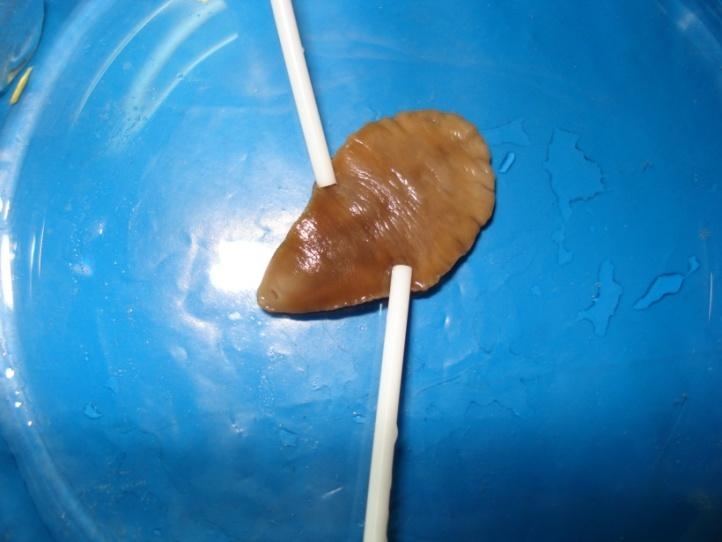 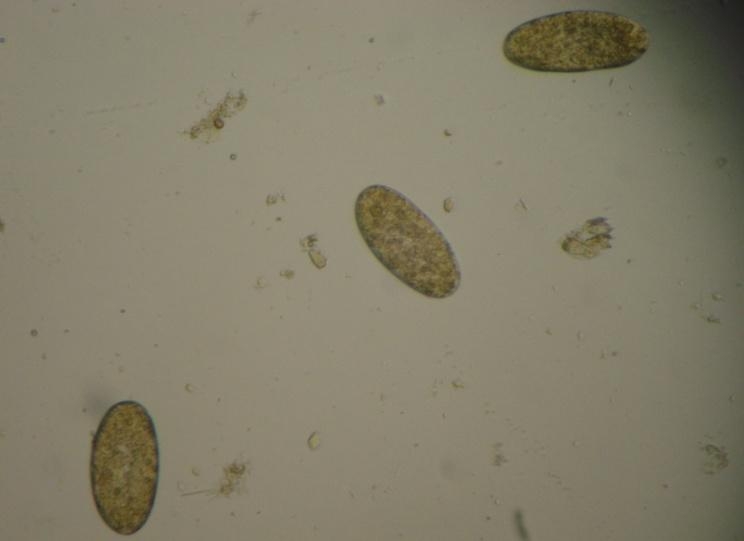