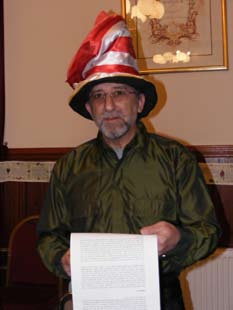 With kind regards, Havdalah Club Leads
The Way In Tu B' Shevat
Executive Director (This money was raised by those who came to our Chanukah party by To celebrate Tu B' Shevat a special putting their loose change (and a few service was held at the synagogue by notes as well) in the JCD money box) Havdalah club members. Following preparation work at previous club Is It Kosher?
meetings, prayers and readings where said by members of the club. The At Thanet's local kosher grocers children were all great and their (AKA Sainsbury's) there is a new contribution made the occasion extra label on the shelf underneath the special. Recent Bar Mitzvah Benjy semi-perishable kosher range – Cohen showed fantastic knowledge Annabel Karmel. Amongst other and maturity in planning the service things, Annabel has created a together with his compilation and range of meals for youngsters production of the service booklet.
who hate vegetables. There are three versions – vegetarian, As parents of children attending the chicken and beef. Is it kosher? Havdalah club, we say special thanks Well, no. Don't be fooled by the to Hélène and to all those involved. name – it's not an alternative Keep up the good work! mountain transliteration! How- ever, for readers whose interest is Golda and Paul Valek specifically vegetarian food, look Godfrey, you may know, has an interest in Jewish heritage tours and kosher food abroad, received an email from a Spanish whole- saler of kosher wines whose name is María Jesús Íñiguez! Is the wine really kosher? Well, yes. Certified by the Rabbinate of Paris. Unfortunately, it's not available in the Costa del Thanet.
From the Bulletin of Hendon
ing we saw what are virtually pages Reform Synagogue - by Larry
from the book itself, as it will look. We saw one or two of the stunning il-lustrations, some of the dedications, Who on Earth would call a meeting were able to see the actual typeface on a Monday morning in December and the font and the colour. it was at 8:15am? Is that a time that you both exciting and emotional with a would think of calling a meeting? touch of nostalgic regret that these Whoever do you imagine would meetings are nearly over, because turn up? You are probably saying they have been spiritually uplifting "no-one" and you'd be right. that is and (for me anyway) an insight into unless you were Rabbi Elaina Roth- a world I had never known.
man, and the end of SEVEN LONG YEARS of being in charge of the Sid- If you think, as well you might, that dur Steering Committee, that is. The the new Siddur is just the finished usual time for these meetings was version of the draft we have been 8:15 on a Monday.
using for months, it is understand-able. but you would be WRONG. On Monday morning December 3rd There are 756 pages in the Siddur. It her penultimate meeting was FULL. will take a lot of reading. The Study Every single member was on time. Anthology alone could be a book in So who are they? Well, two Rabbis, itself. As soon as we know the date, and one Rabbi Professor, three im- there will be a special introduc- portant members of the Movement tory Shabbat for it here at Dane- for Reform Judaism staff, one Move- scroft when Rabbi Katz will guide ment Board member, a well-known us through our first service using and knowledgeable Christian it. Our books will all be embossed author and expert on prayer books, on the back with the name of the the person in charge of music for synagogue (except those you have the new siddur, who is a member of ordered for yourselves) and the de- Finchley Reform, the recent Chair- luxe version will also be delivered man of the Services Committee at at the same time or shortly after. Alyth and now Chair of the Gover- Rabbi Amanda Golby has been nors of Akiva School and a JCoss responsible for the twenty page Trustee. Oh and one other, who is glossary that will be at the back, writing this. Eleven people, bright and the illustrators come from all and early, eager to go. at the 60th over. especially from other Euro- meeting of the Siddur Steering pean countries, some even from the Former Soviet Union, so as Rabbi Professor Jonathan Magonet said Not only is it the sixtieth meeting af- "this is truly a European Siddur". ter seven long years, but at last, the As a nostalgic look back, there will end is in sight. At this special meet- also be an attractive collage of some of the synagogues featured in the 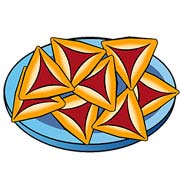 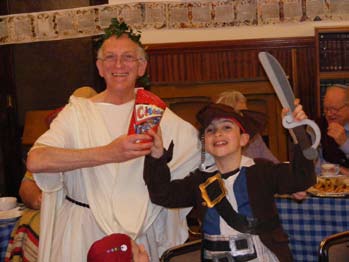 contact the Principal's PA on 020 Our first Shabbaton Supper of the year was held on February 22nd, attended by approximately 26 of our community, family and friends. The meal consisted of melon followed by For details of the course, contact fish, chips and green salad, prepared Jonathan Gorsky, Lecturer in by Lorna with the able assistance of Jewish Studies, 020 7795 4219 Kay. The dessert was Hazel's special chocolate cake (a great surprise for Martin on his birthday). The meal ended with tea and coffee. WE would like to thank Lorna, Kay, Heythrop University of London, Hazel and, of course, our Chairman, Kensington Square, Godfrey - together with the ‘waiting' staff who served us all so briskly and efficiently. It was a delightful evening of eating, T: 020 7795 6600 chatting, Sabbath songs and laughter.
F: 020 7795 4200; [email protected] Tom & Rivka Dodds.
Pictures below from Purim
2008, and one from the
Foster Carer's Fun Day (spot
the odd one out!) 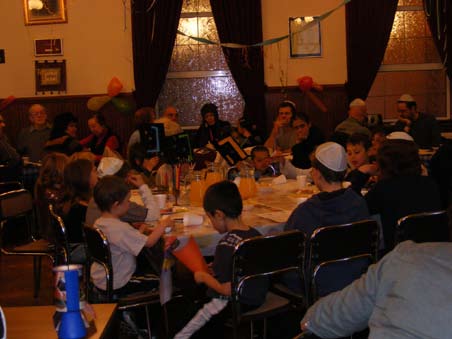 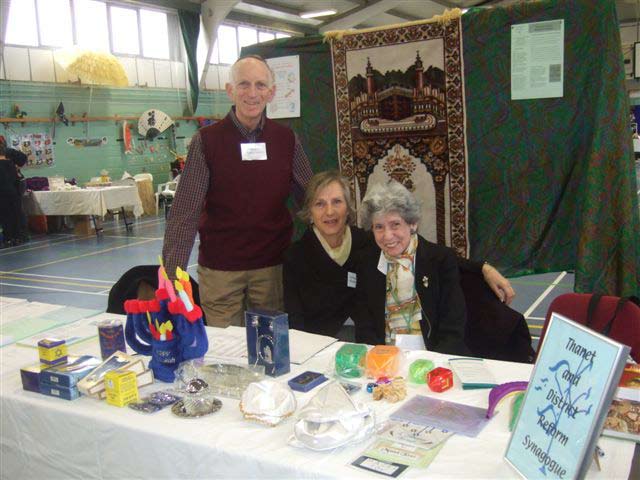 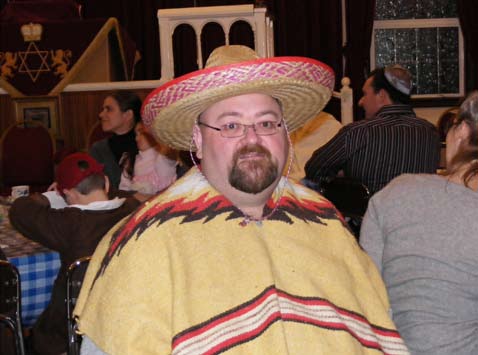 Drug Therapies There are many prescription drugs available to treat MS. There are disease modifying drugs that affect the long-term course of MS and other medications to treat a particular symptom. Disease Modifying Treatments (DMTs) There are number of disease-modifying treatments (DMTs) which can reduce the frequency and severity of clinical relapses. The National Institution for Care Excellence (NICE) published guidelines in October 2014 for the management of multiple sclerosis. In these guidelines a relapse can be diagnosed by a GP or neurologist if: The person with MS has developed new symptoms or has a worsening of existing symptoms, and these symptoms have lasted for more than 24 hours in the absence of infection of any other cause after a stable period of a least 1 month. The following DMTs are available for treatment of relapsing remitting multiple sclerosis, CIS andwho are still experiencing relapses, and where these relapses are the predominant cause of their increasing disability :- Avonex - a weekly injection into the muscle.