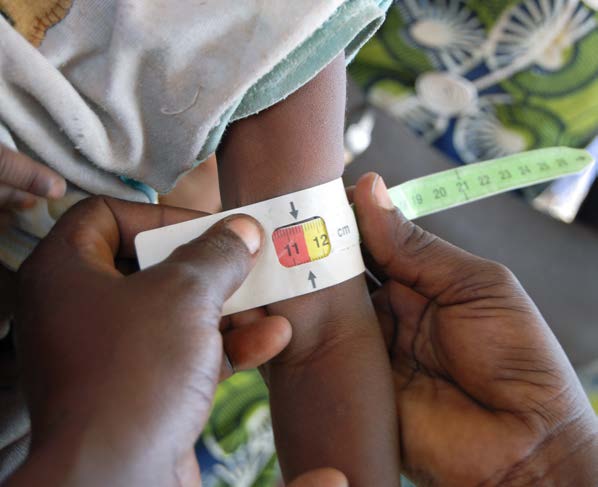 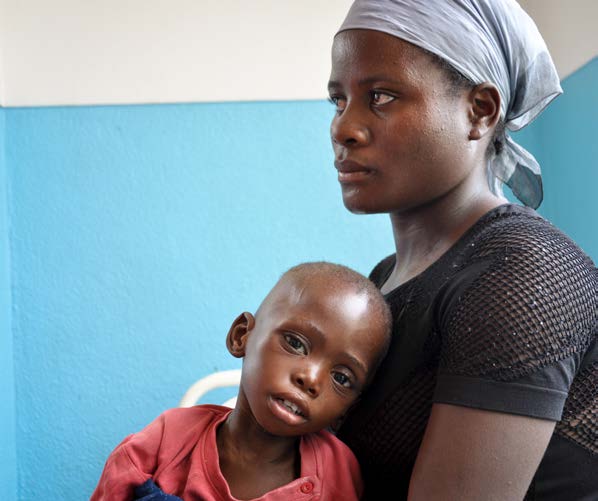 was developed by Valid International and has been endorsed by WHO and UNICEF. CMAM was designed as an alternative to the traditional model of rehabilitating all severely malnourished children through in-patient care at Therapeutic Feeding Centres. In the CMAM approach, community volunteers are trained to identify and initiate treatment for children with acute malnutrition before they become seriously ill. Caregivers provide treatment for the majority of malnourished children in the home using Ready-to-Use Therapeutic Foods (RUTF) and routine medical care, usually accessed from an Outpatient Treatment Centre. Severely malnourished children who have medical complications are referred to in-patient facilities, known as Stabilisation Centres, for more intensive treatment. Children with moderate acute malnutrition receive take-home rations and basic health services through the Supplementary Feeding Programme. CMAM programmes also work to integrate treatment with a variety of other longer-term interventions, designed to reduce the incidence of malnutrition. 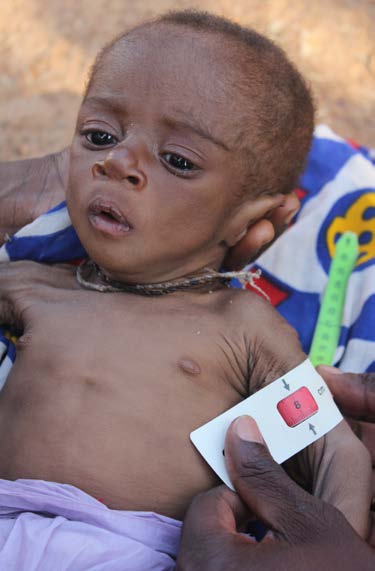 In response to high rates of Global Acute Malnutrition (GAM) following the 2012 drought in Angola, World Vision initiated a CMAM project, working in partnership with UNICEF, the Ministry of Health, Africare and People in Need. The project recruited and trained Community Health Activists (CHAs) to screen children for acute malnutrition, provide treatment and referrals, and deliver nutrition education, following a Community Case Management (CCM) model. This innovative approach was selected since the conventional CMAM approach of using outpatient treatment centres for distribution and monitoring was not considered feasible in the local context. In rural Angola, health infrastructure is weak and many communities do not have access to a health centre where outpatient services could be based. Inpatient care for severe acute malnutrition (SAM) cases with medical complications was provided at facilities set up by UNICEF.
An independent evaluation of the project conducted in late 2013 found that the CHA model had been successfully implemented, with coverage estimated at 82.1% in areas reached by the programme. The cure rate for SAM was 93.8%. The CHA approach made CMAM more accessible to the communities. Strong advocacy by the implementing partners strengthened the previously low profile of malnutrition with the national government. Key challenges were the inconsistent supply of RUTF, inadequate number of CHAs to cover all target areas, unclear incentive protocols, and inability of the Ministry of Health (MOH) to assume responsibility for CMAM activities at the close of the project.
Very few projects to date have implemented CMAM using a CCM model. The Angola experience demonstrates the potential of this approach, particularly in contexts where health system capacity is very low. Further operational research is recommended to refine this approach and identify solutions to implementation challenges.

Specialists In Reproductive Medicine & Surgery, P.A. www.DreamABaby.com • [email protected] Excellence, Experience & Ethics Gestational Surrogacy Price List (2016) We here at Specialists in Reproductive Medicine & Surgery, P.A., (SRMS) want to offer you a "Dreamy" option that will make it easier for you to achieve your goals of building your family. We call it our "Dream Discount Plus Program" offering 20%/30%/40%/50% off of our 2014 prices for nearly all of your Assisted Reproductive Technology (ART) procedures! Below is a breakdown of the estimated self-pay costs of our Gestational Surrogacy procedure under our new "Dream Discount Plus Program:" ART Procedures

In Vitro Diagnostic Medical Devices Regulation: The impact on genetic testing services in Europe Position statement from academic, patient, professional and non-commercial, research organisations Genetic testing is increasingly essential to the diagnosis, treatment, predictive testing and management of a wide range of diseases and health conditions, and is becoming a standard part of clinical practice in mainstream healthcare. Examples of genetic testing are DNA tests to differentiate cancer types, to identify the cause of increased cholesterol and neonatal screening for early recognition of treatable disorders. The proposed Regulation 2012/0267(COD) is a necessary update to the governance framework for in vitro diagnostic medical devices in the EU. However, we remain deeply concerned that proposals adopted in the European Parliament's position on the draft Regulation, if enacted, could significantly restrict access to clinically useful genetic testing technologies and restrict their wider uptake, thus having a potentially detrimental impact on health. We call on the European Parliament, Council of Ministers and the European Commission to demonstrate their support for genetic testing technologies as an increasingly vital element in current and future healthcare in the EU by modifying these proposals in trilogue negotiations, and finding a position that allows clinical genetic tests to be available throughout Europe, while allowing Member States sufficient flexibility to regulate according to the specific needs of their healthcare system.