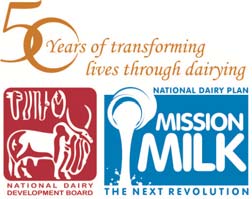 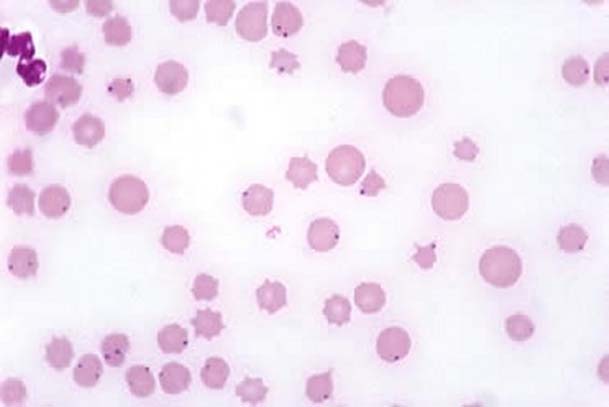 Etiology
No Region
Location
gene genie
Outbreaks of bovine Anaplasmo- 1 Punjab and 60 % 33% Gautam & Singh sis are due to infection with Ana- Stand more-live
plasma marginale. Occurrence
 WTO rules
Anaplasmosis in cattle is common 3 Punjab 13 to 5 to Singh and Gill against India
on all six continents. It is transmit-ted by a diverse group of bio- 4 Bihar logical and mechanical vectors. 5 Bhopal Infection in cattle is endemic in 6 MP Misraulia et. al tropical and subtropical areas 7 - that support large populations of these vectors. Infection occurs 8 Pantnagar more sporadically in temperate 9 Karnataka Muraleedharan et. al 2005
Distribution in India
A review of literature on the inci- dence of Anaplasmosis in India 12 Madras Soundararajan and Rajavelu over the last four decades gives
a varied range from 1 to 62% in 13 Jaipur
Godara and Sharma 2010 cattle and 5 to 33% in buffalo 14 Jaipur
in field and farm conditions. The
details of the same are provided 15 Haryana

Transmission
The source of infection is always 17 Kerala the blood of an infected animal. 18 Uttarakhand 34%
Recovery from acute infection
results in persistent infection 19 Tamil Nadu 3%
VOLUME III ISSUE III
characterised by repetitive cycles of Risk factors
heavy tick infestation. Breeds with rickettsaemia. Persistent carriers are Age at infection
black or red coat colour have a higher
the reservoir for herd infection. The There is a strong correlation between risk of infection than those white coats
level of parasitaemia is often too low age of cattle and severity of disease. in regions where biting flies are the
for detection by microscopy but can Infection between six months to three be detected by nucleic acid probe insect vector. Dairy breeds may be at years has increasing risk of clinical ill- greater risk for iatrogenic transmission. ness. Animals infected after 3 years of
Haematogenous insect transmission
age are commonly affected by a per- Nutritional status
Spread from animal to animal occurs acute fatal form of disease.
Clinical disease is less severe in cattle
chiefly by insect vectors. A variety of on a low plane of nutrition. Exposure
arthropods may act as vectors but Young calves below 6 months are of infected, clinically normal animals to
significant natural vectors are ticks in susceptible to infection but seldom show devitalizing environmental influences,
the family Ixodidae (hard ticks) and clinical signs. They are much more re- particularly shortage of feed and the
flies in the family Tabanidae. Reviews sistant to disease (although not infec- presence of other diseases may result
based on careful study of reported tion) than older cattle. After recovery in the development of acute Anaplas-
transmission experiments list up to 19 from the acute phase of infection, cattle mosis.
different ticks as capable of transmit- remain chronically infected carriers but Season
ting A. marginale experimentally. are generally immune to further clinical In temperate climates a seasonal occur- Male ticks may be particularly im- disease. However, these chronically rence of disease occurs in association
portant as vectors; they can become infected cattle may relapse when im- with seasonal occurrence of the insect
persistently infected and serve as a munosuppressed or infected with other vectors.
reservoir for infection. pathogens. Carriers serve as a reser-
voir for further transmission. Serious Clinical findings
Transmission cycle
The most marked clinical signs of Ana- The organism undergoes a complex losses occur when mature cattle with no previous exposure are moved into en- plasmosis are anaemia and jaundice, developmental cycle in the gut cells of the latter occurring late in the disease. ticks and the final infective stage is demic areas or under endemically un- stable situations when transmission rates In cattle, the incubation period varies present in the salivary gland. Trans- from 2-5 weeks. After the prepatent stadial transmission of the organism are insufficient to ensure that all cattle period, peracute, acute or chronic Ana- are infected before reaching the more occurs in ticks but there is little evi- plasmosis may follow. RBC count, PCV, susceptible adult age. dence for transovarial transmission. and haemoglobin values are all se- Intrastadial transmission is significant Geographic region
verely reduced. Macrocytic anaemia with some species and transmission Clinical disease is rare in enzootic are- with circulating reticulocytes may be present late in the disease. occurs as the ticks move from one host as because the infection pressure is high Affected animals are often hyper ex- to another while they are engorging, and cattle are infected at an age when citable and tend to attack attendants including from cow to calf. Tabanids they are age resistant to clinical dis- just before death. Animals with per
are efficient mechanical vectors and ease. The average age at which calves acute infections succumb within a few can transmit infection for two hours in enzootic areas become infected is 11 hours of the onset of clinical signs.
weeks. Clinical disease occurs where Acutely infected animals lose condition

Iatrogenic transmission
there is introduction of susceptible rapidly. Inappetence, loss of coordina-
Anaplasmosis may also be transmitted animals into endemic areas or the ex- tion, breathlessness when exerted, and
by infected hypodermic needles, pansion of the vector population into a rapid bounding pulse are usually
castration, spaying or dehorning previously free areas or into the inter- evident in the late stages. The urine equipment, blood transfusion or by face between endemic and non- may be brown but, in contrast to embryo transplants. It may vary with endemic regions. babesiosis, hemoglobinuria does not
the virulence of the protozoan strain. Breed
occur. A transient febrile response,

Transplacental transmission
Bos indicus, Bos Taurus and their crosses with the body temperature rarely ex- Transplacental transmission has been have equal susceptibility to infection ceeding 106°F (41°C) occurs at about
reported and is usually associated and show the same age susceptibility the time of peak rickettsaemia. Mucous
with acute infection of the dam in the but under field conditions, Bos indicus membranes appear pale and then yel-
second or third trimester of gestation. are not commonly affected preferably low. Pregnant cows may abort. Surviv-

because of their relative resistance to ing cattle convalesce over several 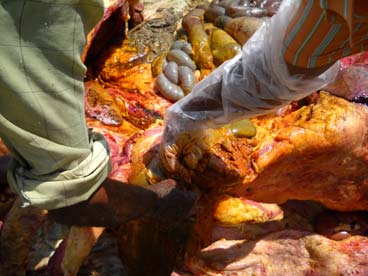 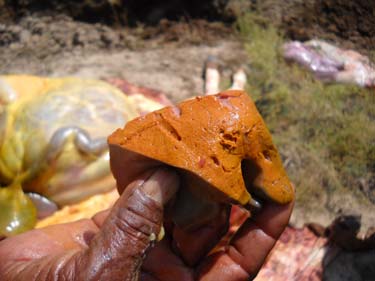 Boron Compounds in the Breast Cancer Cells Chemoprevention and Chemotherapy Ion Romulus Scorei Biochemistry Department, University of Craiova, Craiova, Dolj, 1. Introduction Various biological functions of Boron (B) compounds are known (Blevins & Lukaszewski, 1994; Tariq & Mott, 2007; Nielsen, 2008). Boron is found in nuts, vegetables, dried/fresh fruits and red wine (Brown & Shelp, 1997). Boron is also present in bacterial antibiotics, such as tartrolon, borophycin, boromycin and aplasmomycin (Rezanka & Sigler, 2008); in the bacterial quorum sensing molecule auto-inducer AI-2 (Bemd et al., 2002); and in vibrioferrin, a B-containing siderophore produced by particular marine bacteria (Shady et al., 2007). In plants, the rigidity of the cell wall depends on the rhamnogalacturonan II complex (RG-II) formation, a pectic polysaccharide covalently linked by cis-diol bonds to apiosil residues of borate-esters (Ishii & Matsunaga, 1996, 2001). Several articles have provided information about transporters responsible for efficient B uptake by roots, xylem loading and B distribution among leaves. The transporters are required under B limitation for efficient acquisition and utilisation of B. Two types of transporters are involved in these processes: NIPs (nodulin-26-like intrinsic proteins) for boric acid channels and boron exporters encoded by BOR1 (Miwa & Fujiwara, 2010). The expression of the genes encoding these transporters has been shown to be finely regulated in the B availability response to ensure tissue B homeostasis. Furthermore, the tolerance of plants to the stress produced by low B or high B in the environment can be generated by altering the expression of these transporters (Tanaka & Fujiwara, 2007). All of these transporters are involved in boron transport regulation in plants. B is an essential element not only for vascular plants but also for diatoms, cyanobacteria and a number of marine algal flagellate species (Rezanka & Sigler, 2008). Recently, ATR1 has been found to be responsible for the high B tolerance in S. Cerevisiae. ATR1 encodes a multidrug resistance transporter and it is widely distributed in bacteria, archaea and lower eukaryotes (Miwa & Fujiwara, 2010). Animals such as zebra, fish, trout and frogs also require boron (Rowe & Eckert, 1999; Fort et al., 1999). Borate ions activate the mitogen-activated protein kinases pathway and stimulate the growth and the proliferation of human embryonic kidney 293 cells (Park et al., 2005). The B-transporter, NaBCl, controls plasma borate levels in human kidney cells (Park at al., 2004). The fact that B has such a broad range of physiological functions is not surprising. The electron structure of B and its position in the periodic table (adjacent to carbon) make B-containing molecules electrophilic with the trigonal