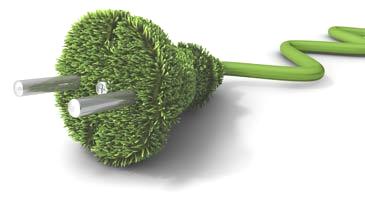 Hot Advance for Thermoelectrics Cheap organic molecules could more efficiently convert waste heat into electricity. Inside fossil-fuel and nuclear-power plants, a large share of energy in fuel is wasted as heat rather than converted into electricity or mechanical power. But the search for a practical material that can convert at least some of this waste heat into electricity has been long and frustrating. Researchers have long known that some inorganic semiconductors can do this. Indeed, deep-space probes have been powered by using such materials. But these inorganic materials are costly and difficult to make, and have low efficiencies. Now, new research shows that certain organic molecules produce voltage when exposed to heat. Ultimately, they could be much cheaper and thus more practical to implement."This is the first demonstration that you can use organic molecules in this kind of energy generation," says Rachel Segalman at the University of California, Berkeley, who lead the latest work. Experts had previously theorized that some organic molecules could have the qualities necessary to generate electricity from heat. But until now, they lacked experimental proof, which the Berkeley researchers were able to provide by isolating and measuring the properties of just a few molecules of organic substances called benzene dithiols at a time. The researchers trapped a few molecules between a sheet of gold and the ultrafine gold tip of a scanning tunneling microscope, which is so sharp it can end in a single atom. They heated up the gold surface and measured, via the microscope tip, the voltage that was created.