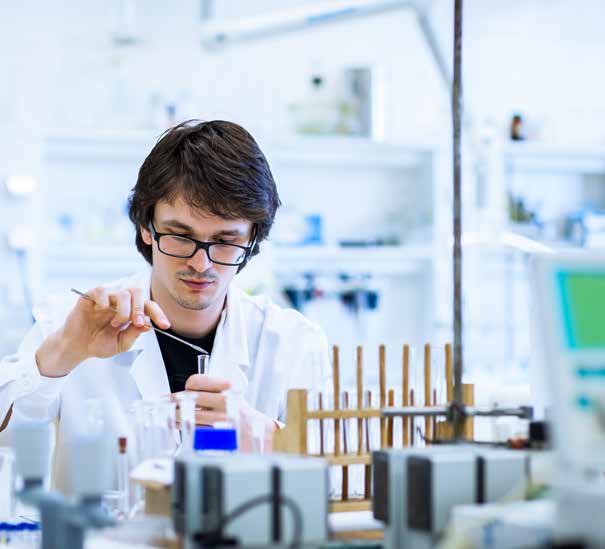 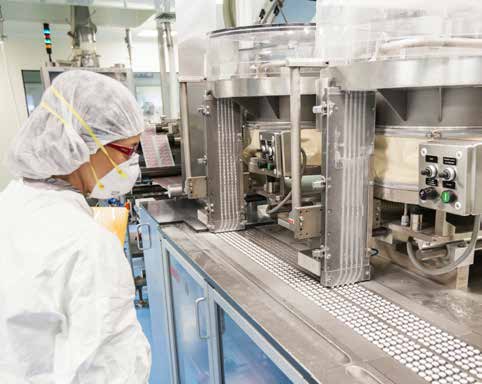 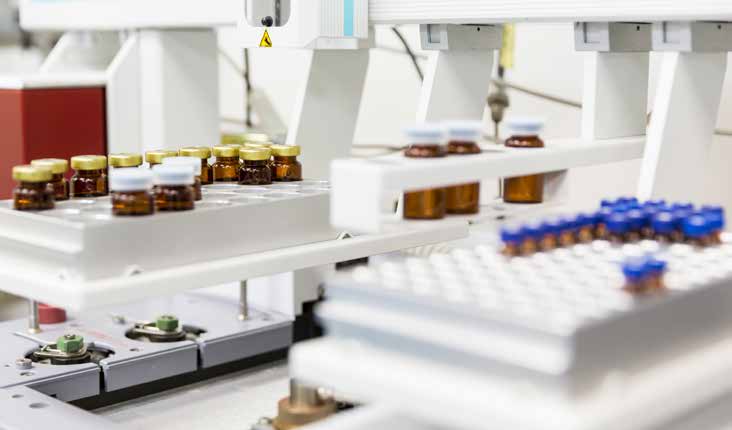 Much of this impact also comes from In the case of Brazil, some regulatory As already indicated in some editions the end of the so-called "demographic risks still persist which should be of the series "Pharma 2020", bonus" and, as of 2020, the aging of overcome after further interactions published by PwC, it is estimated that, the Brazilian population, which is between government and industry. by 2020, companies will become more expected to peak in 2030, when the There is a clear priority from the dependent on emerging markets, country will have more senior citizens government on this subject. In 2012, where between 30% and 55% of their than the Working-Age Population within the scope of the Productive revenues will be generated. In the (citizens between ages 15 and 64). In Development Partnership Program case of Brazil, revenue on the sale of addition to the growing demand for (PDP), the Health Ministry signed 20 patent medication will be less than medication brought about by aging, it new partnerships with private- and that of generics: US$ 8.8 billion vs. should also be considered that public state-owned laboratories, in addition US$ 15.3 billion.
and private administrators have to scientific institutions, with the given greater emphasis to programs objective of transferring technology This situation, like the rest of the which promote good health, in and establishing local production of production and market structure order to increase population medication and vaccines to be offered in Brazil, represents a paradox longevity promoting a better quality by SUS. Estimated investment is in for pharmaceutical companies. of life. The significant increase in the order of R$ 5.7 billion, promoting The market potential is large, but obesity registered in the Brazilian savings on drug purchases of up to obtaining a return is difficult, and population in the past few years is US$ 2.7 billion in 2014. It is expected the dispute between competitors is also of concern. Greater demand that 30 million doses will be supplied very strong. Operating in this market for medication related to people's to SUS by next year. The government can represent risks, whether or not lifestyles and the promotion of greater also guarantees exclusivity for the the corresponding share of company well-being among the population can purchase of medication at prices revenues is material. Each company, be expected.
lower than those quoted on the global therefore, has the challenge of market for five years. deciding whether or not to invest in emerging markets, to what extent, where it plans to apply funds and which strategies to use.
How we can help
We are a global network of firms We have a multidisciplinary team, Every day we are involved in solving with over 180,000 professionals with a broad experience in large strategic problems and looking for in 158 countries. We have close to hospitals and health care operators, unique solutions for our clients' 9,000 specialists in the health care expertise in negotiations with current problems based on a combination area alone who are integrated with and potential suppliers, credibility of knowledge of the pharmaceutical our other areas of excellence, always with financial institutions and good industry, technical training, proven focused on generating value and relations with industry methodology and experience in the tangible and sustainable results many diverse areas we deal with, both for our clients.
in Brazil and all over the world.
Clients hire as to together with our solve strategic and operational issues.
clients to develop Through our international winning business network of experts, supported by our deep knowledge of industry issues and best practices, we offer unique solutions that bring concrete benefits to each clients' challenges.
Our goal is to support our clients in designing, executing beneficial and The pharmaceutical industry in Brazil Our principal services are: We audit local financial statements and standardized We offer support all the way from the preparation of a plan formats for the purpose of group consolidation, in to enter the Brazilian Market to expansion to other regions. accordance with the professional and ethical standards Among other services, we also assist in defining plant related to independent audits applicable in Brazil and locations and structuring business plans, tax consulting, with the International Auditing and Assurance Standards strategic management and process restructuring focussed on Board (IAASB). We also review HR, purchasing, legal gaining in efficiency.
department, controllership, technical provisions, treasury and commercial processes, as well as process mapping, Our principal Consulting activities include: tests, identification of control deficiencies, alignment • Tax compliance.
of recommendations, support in defining action plans and follow-up of the implementation of these plans, • Tax planning.
in addition to designing and implementing the budget management system.
• Strategic planning.
Included among the principal audit activities are: • Implementation of "go to market" strategies.
• Statutory financial statement audits.
• Budget planning.
• IFRS financial statement audits.
• Evaluation and improvement of the finance function.
• US GAAP financial statement audits.
• Structuring of shared service consolidation.
• Consolidation package audits.
• Merger, acquisition, sale and restructuring processes.
• Internal controls audits (US-SOx, J-Sox, etc.).
• Post-merger integration.
• Systems audits.
• Governance, Risks and Compliance (GRC).
• Market regulation.
• Development of risk management models.
• Compliance monitoring programs.
• Due Diligences including the FCPA.
• Technology.
• Outsourcing.
• Human resources.
• Organizational development.
• Efficiency and cost reduction.
• Supply chain.
• Sustainability. 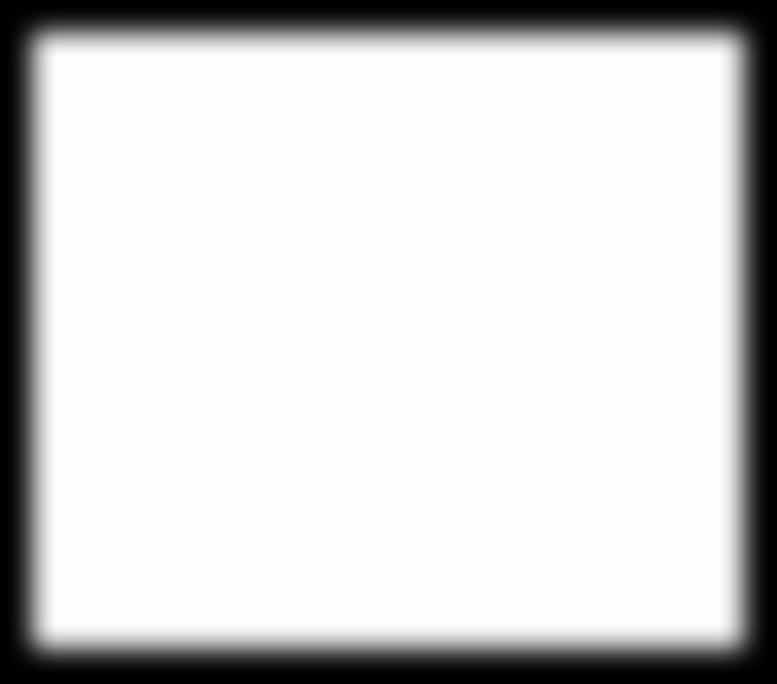 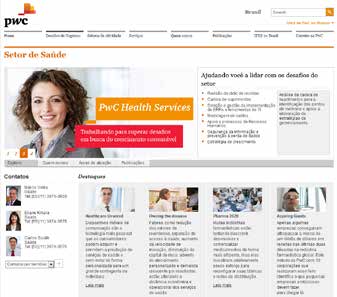 An example of this work is "Pharma 2020: which path will you take?", a series of publications exploring In addition to having an exclusive website dedicated to fundamental questions for the future of pharmaceutical health care, which represents one more communication companies, such as productivity, R&D, marketing and channel open to clients on a full-time basis, PwC works sales, supply chain management and tax planning, to generate constantly in generating knowledge by amongst other topics.
performing relevant research and studies annually for the pharmaceutical industry and the health care area as To make this work possible, PwC has three a whole. These studies address issues such as accounting, centers of excellence: tax legislation, risks, regulations, sustainability, strategy and growth, governance, operations, innovation and • PwC Health Policy Economics (HPE)
technology, talent and changes.
A unit specialized in applying economic analysis and statistics to a broad group of issues related to health care. Using quantitative analysis and focused research, the HPE helps clients to study and become acquainted with the impact of changes in legislation and regulations on organizations and the other stakeholders in the value chain.
• PwC Global Best Practices (GBP)
This center offers the best market practices and sources for benchmarking to help companies evaluate their performance, mitigate risks and learn new ways to perfect their processes. The GBP data base is continually updated with proven practices by leaders in each segment and provides clients with detailed information on a variety of business processes which can make all the difference for the success of your operation.
• PwC Health Research Institute (HRI)
This institute develops relevant and innovative publications, in addition to research for our clients on important problems in the pharmaceutical industry and health care sector as a whole. The HRI is part of a major PwC initiative in industries related to the health care area which brings together experience and resources to allow for collaboration among all actors in the market, to provide intelligence and analyses on the industry.
The pharmaceutical industry in Brazil 11
For further information, please contact: Follow us [email protected] 2013 PricewaterhouseCoopers Brasil Ltda. All rights reserved. In this document, "PwC" refers to PricewaterhouseCoopers Brasil Ltda., which is a member firm of PricewaterhouseCoopers, each member firm of which is a separate legal entity.
"PwC" refers to the network of member firms of PricewaterhouseCoopers International Limited (PwCIL), or, as the context requires, individual member firms of the PwC network. Each member firm is a separate legal entity and does not act as agent of PwCIL or any other member firm. PwCIL does not provide any services to clients. PwCIL is not responsible or liable for the acts or omissions of any of its member firms nor can it control the exercise of their professional judgment or bind them in any way. No member firm is responsible or liable for the acts or omissions of any other member firm nor can it control the exercise of another member firm's professional judgment or bind another member firm or PwCIL in any way.